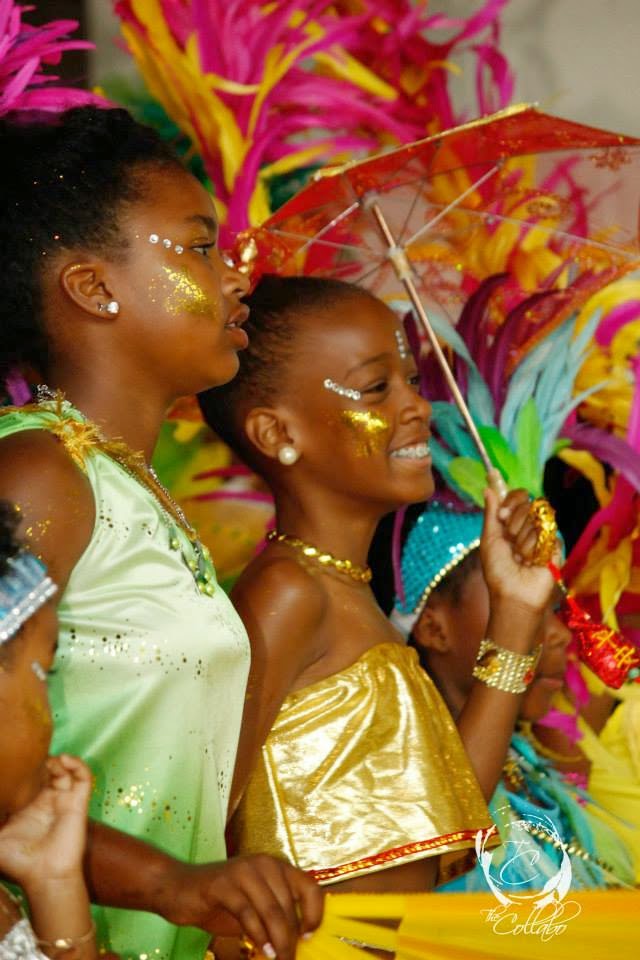 In case you missed the launch, check out album for pictures as well as the official press release provided below.

July 2, 2014 (Toronto) – The 2014 Scotiabank Toronto Caribbean Carnival Junior Carnival Parade and Family Day is coming home this summer to its new location.  The popular event for children will be held this year in the Malvern Community (Scarborough) – an area of Scarborough where the parade used to be held over a decade ago.
For the past two years the Parade and Family Day has been staged in Downsview Park.  However, this summer, the roads and bridge that the children danced along are slated to be closed for major reconstruction, and, as a result the parade has to be moved.  So, on Saturday July 19th, over 1,500 children in Mas costume will be taking to the streets between Malvern and Neilson Parks south of Finch and Neilson Road for the annual parade.
The parade will begin at the Malvern Park, travelling east along McLevin Avenue to Sewells Road and southwest to Neilson Road.  The children will continue north on Neilson until it reaches Neilson Park south of Finch Avenue.  The parade ends in the park and that is where the Family Day will begin complete with  a junior pan concert (presented by the Ontario Steelpan Association) and  the Organization of Calypso Performing Artistes sponsored junior calypso concerts. The free family day ends at 8 pm.
Junior Carnival Parade and Family Day is an integral part of the 3-week Scotiabank Caribbean Carnival Parade. “The children of today are the people that will be running our festival in years to come, so it is vital that we get youngsters enthused about playing Mas,” explained Chris Alexander, the festival CAO.
Children as young as 6-months old will take part in the parade.  This year the 1,500 participants are registered with 9 Mas Camps to  to take part in this colourful fun parade.
About Scotiabank Toronto Caribbean Carnival

The Scotiabank Toronto Caribbean Carnival is an exciting three-week cultural explosion of Caribbean music, cuisine, and revelry as well as visual and performing arts. It has become a major international event and the largest cultural festival of its kind in North America. As Carnival is an international cultural phenomenon, the great metropolis of Toronto and its environs will come alive as the city explodes with the pulsating rhythms and melodies of Calypso, Soca, Reggae, Chutney, Steel Pan and Brass Bands. The Festival Management Committee oversees the running of North America's largest outdoor festival.

Scotiabank is committed to supporting the communities in which we live and work, both in Canada and abroad, through our global philanthropic program, Scotiabank Bright Future.  Recognized as a leader internationally and among Canadian corporations for our charitable donations and philanthropic activities, Scotiabank has provided on average approximately $47 million annually to community causes around the world over each of the last five years. Visit us at www.scotiabank.com.