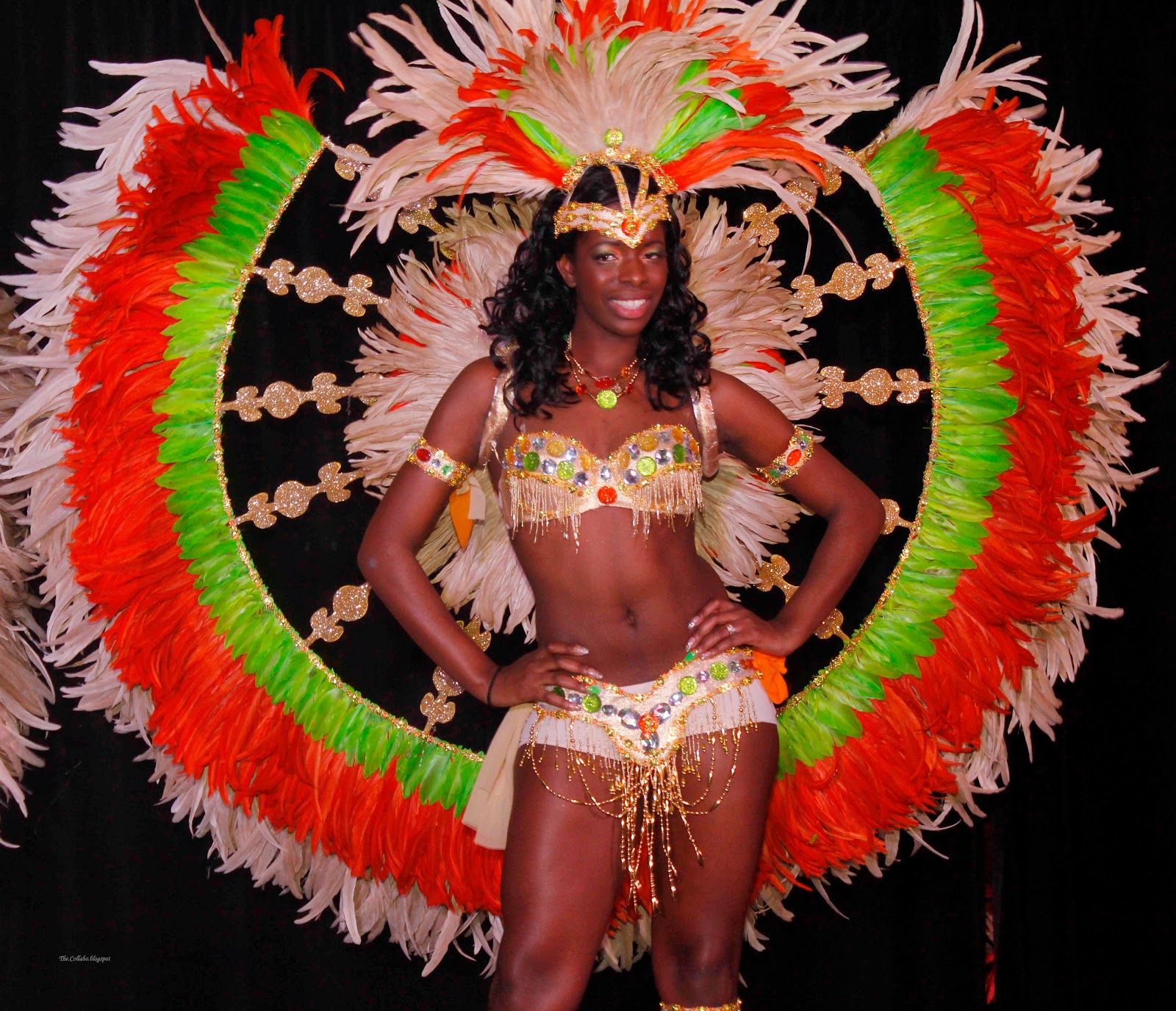 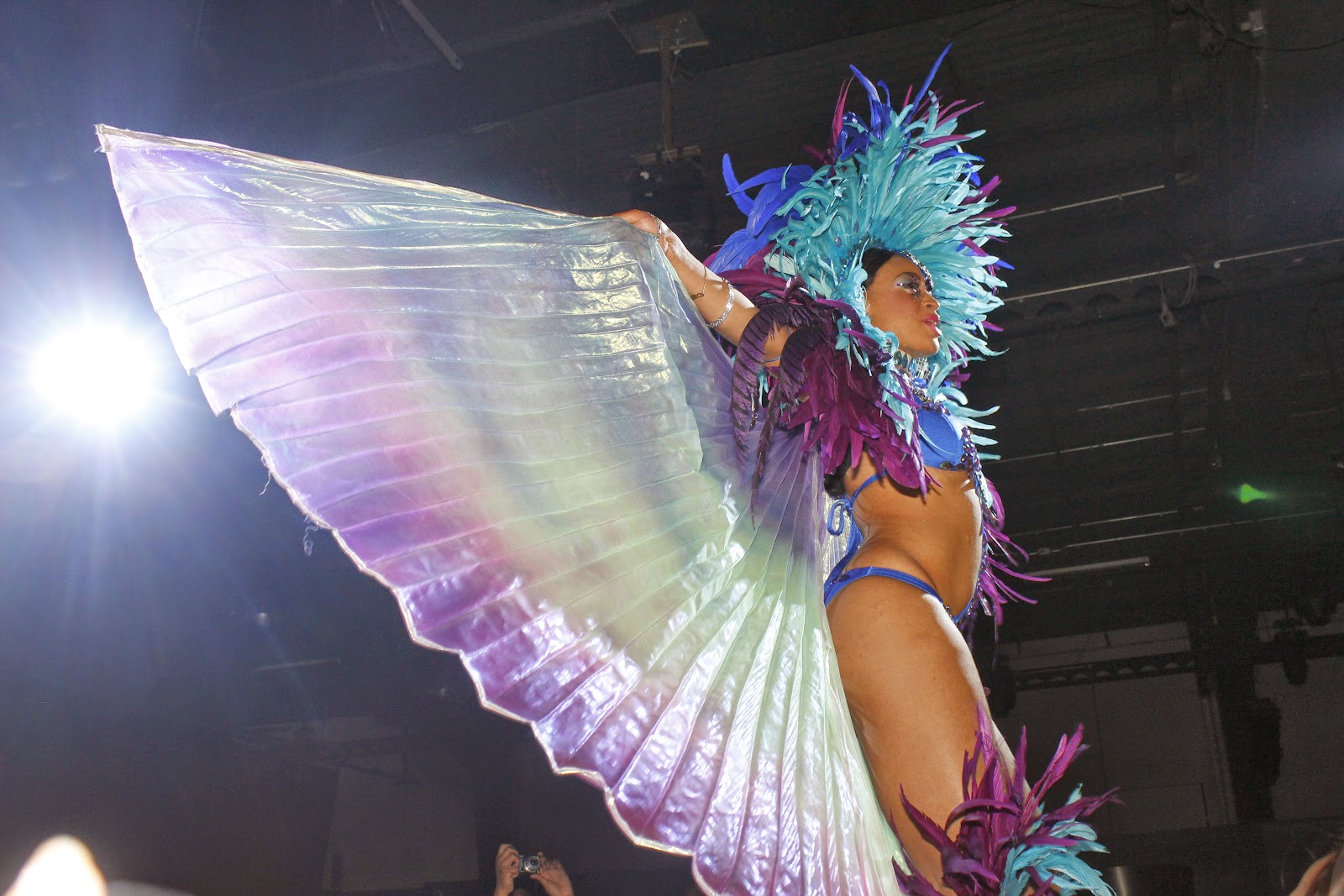 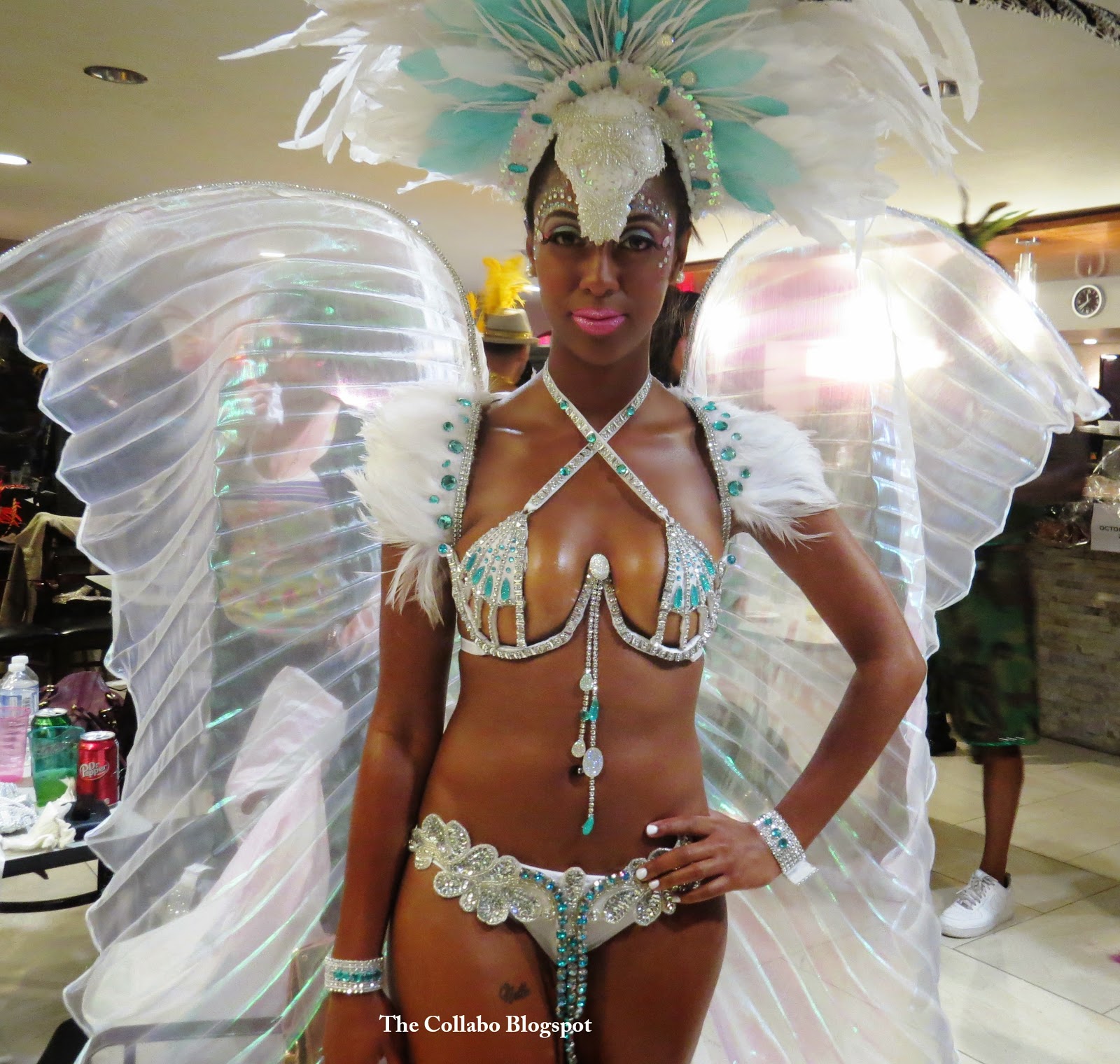 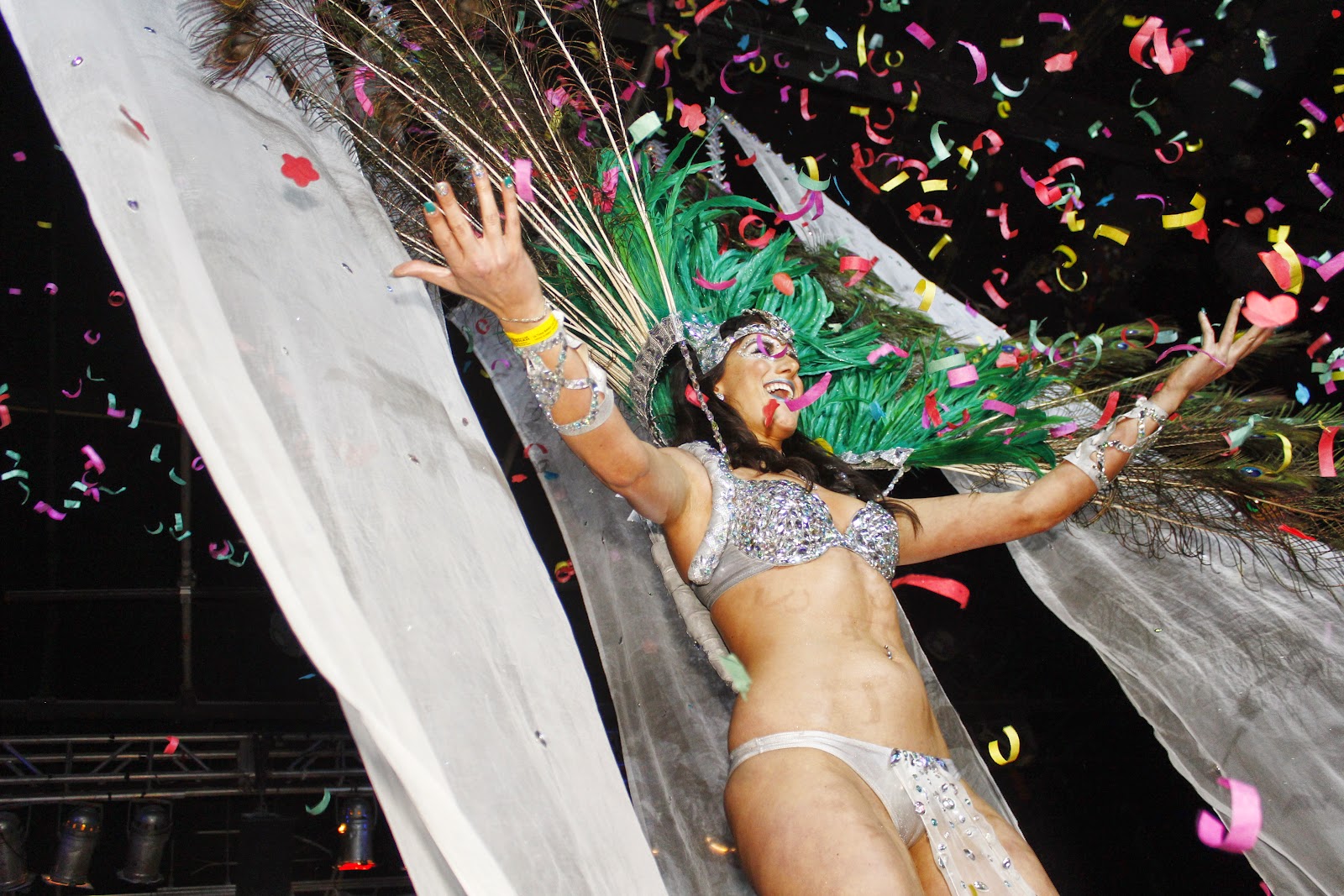 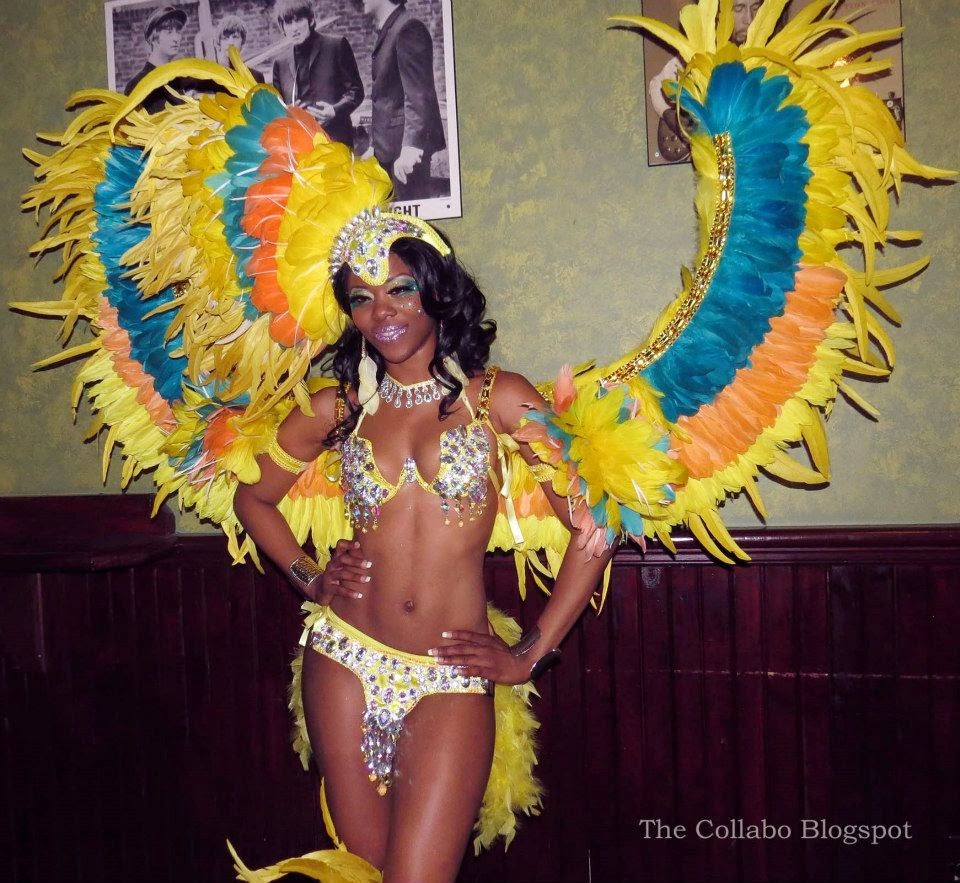 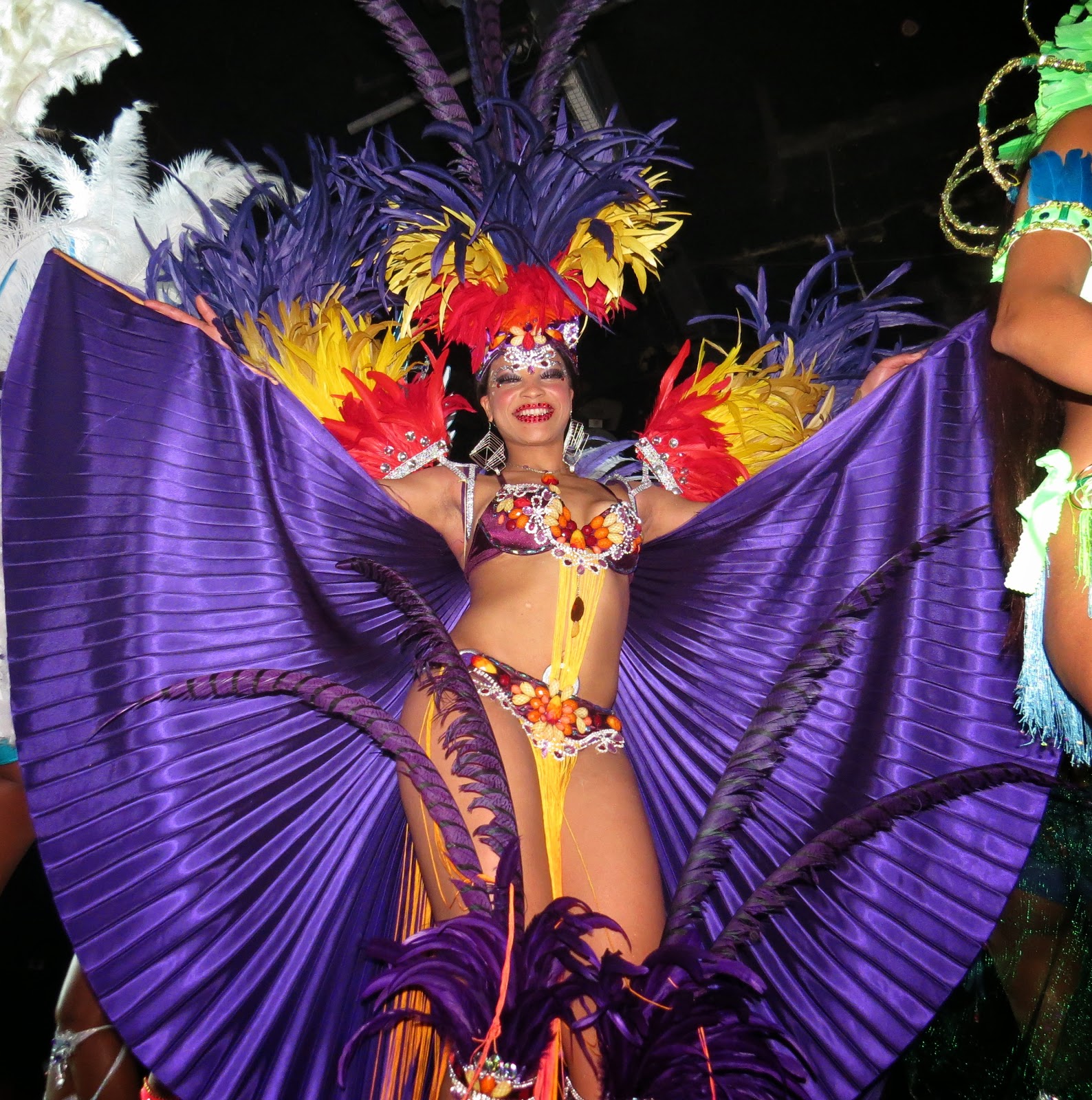 
As the weather in Toronto is starting to warm up, the winter chill is fading to the welcomed arrival of spring. With just under a month passing since Trinidad Carnival 2014, which took place on March 3rd  and 4th, time has allowed a few things to settled in, including post carnival Tabanca and the back to reality work life rise and shine. Nonetheless, it has also given me a chance to reflect on my experience, on what has been the best trip of my life (I know, I know, I said that last year… but it’s hard not to have a good time when attending “the greatest show on earth” : )
Here is Part 1 of my Trinidad Carnival 2014 Review.

Prior to heading to Trinidad for carnival 2014, the annual sendoff fete many Torontonians look forward to Doh Cry Aye Leaving (DCAL). This year’s event was especially memorable due to one of my girlfriends deciding to have her bachelorette party at DCAL, as a warm up to her Tobago wedding that was taking place the weekend after carnival. After a delicious meal, drinks and memorable Q&As at the pre fete house party, 25 ladies hopped into a limo and headed to Kool Haus. Adding to the carnival flavor, a special guest appearance from Trinidadian Djs Artiste Team were set to grace the Kool Haus stage, which was decorated as a Big Truck. There were several entertaining moments of the night however the pinnacle of the evening for me was when the bride to be went on stage to request a song which had thereafter turned into a 5 minute performance of her dancing and hyping up the crowd. Priceless moment! Overall DCAL was a good night and a warm up to the big jump up in the weeks to come. 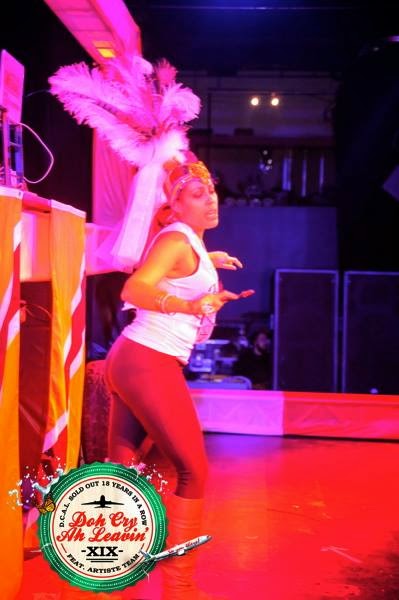 Arriving three hours before our scheduled 10:30pm flight, and after checking in my bags in (the much shorter) web check in line, my friend and I decided to grab a bite to eat before take-off. This year having a travel buddy on the way down to Trinidad was great. The icing on the cake however, was the discovery that not only were we on the same flight but we were also booked to sit next to each other. Though random and unplanned, this was an awesome coincidence. With minimal delays, our flight left Toronto and was for the most part smooth, with only a bit of intermittent turbulence. Dosing in and out of sleep while on an overnight flight, I was surprised to hear the pilot on the overhead announce we had arrived in Trinidad, and were approximately 1 hour ahead of schedule. After retrieving our luggage and clearing customs, I had a plan to head over to the Digicel counter to get my sim card activated for my phone, while my friend was making a stop a duty free. Last year, I capitalized on the sweet phone plans that were available at the airport, and planned to do the same this year.  However since our flight had arrived early, I was disappointed to find out the Digicel counter did not open until 6:00am. After scanning the length of line at the Bmobile counter, I decided I would just get my phone activated later in town. (This was a decision I later regretted, as the same deals available at the airport are definitely NOT available in town).  Walking out of the airport, I looked around to see whether my ride was waiting for me. To my surprise, although the flight was early my driver I booked through the Hyatt was already there waiting. After saying my goodbyes to my friend, we headed off to the hotel.

Hyatt Hotel
Arriving at the Hyatt hotel at 7:00am, I was worried that since the official check-in time was 3pm I would not be able to drop my stuff in my room, freshen up and squeeze in a power nap before Beach House. Fortunately, when I arrived at the front desk, the attendant said my room was ready and I was able to check in early at no cost. Recommendation Alert:  Thinking about going to Trinidad Carnival next year and looking into hotels? I highly recommend the Hyatt Regency. Why? Well the service is amazing! The hotel is situated right on the waterfront, so its great that it overlooks the water. Checking in they gave each guest a welcome bag with a souvenir t-shirt and goodies such as sunscreen, hand sanitizer, a map, etc. They also really cater to guests for carnival by offering a free shuttle into POS from the Saturday leading up to Carnival to Carnival Tuesday. Jouvert morning they have an area where they take a picture of you in your morning glory in paint and powder, then hose you down and provide a bath robe and slippers. Not to mention, each night at the infinity pool a live dj kept the vibes sweet. Also you just might run into local and international celebrities. This year I saw Boris Kodjoe, JW & Blaze and more randomly throughout the hotel. Overall, it was a great stay and I can't wait to go back in 2016! 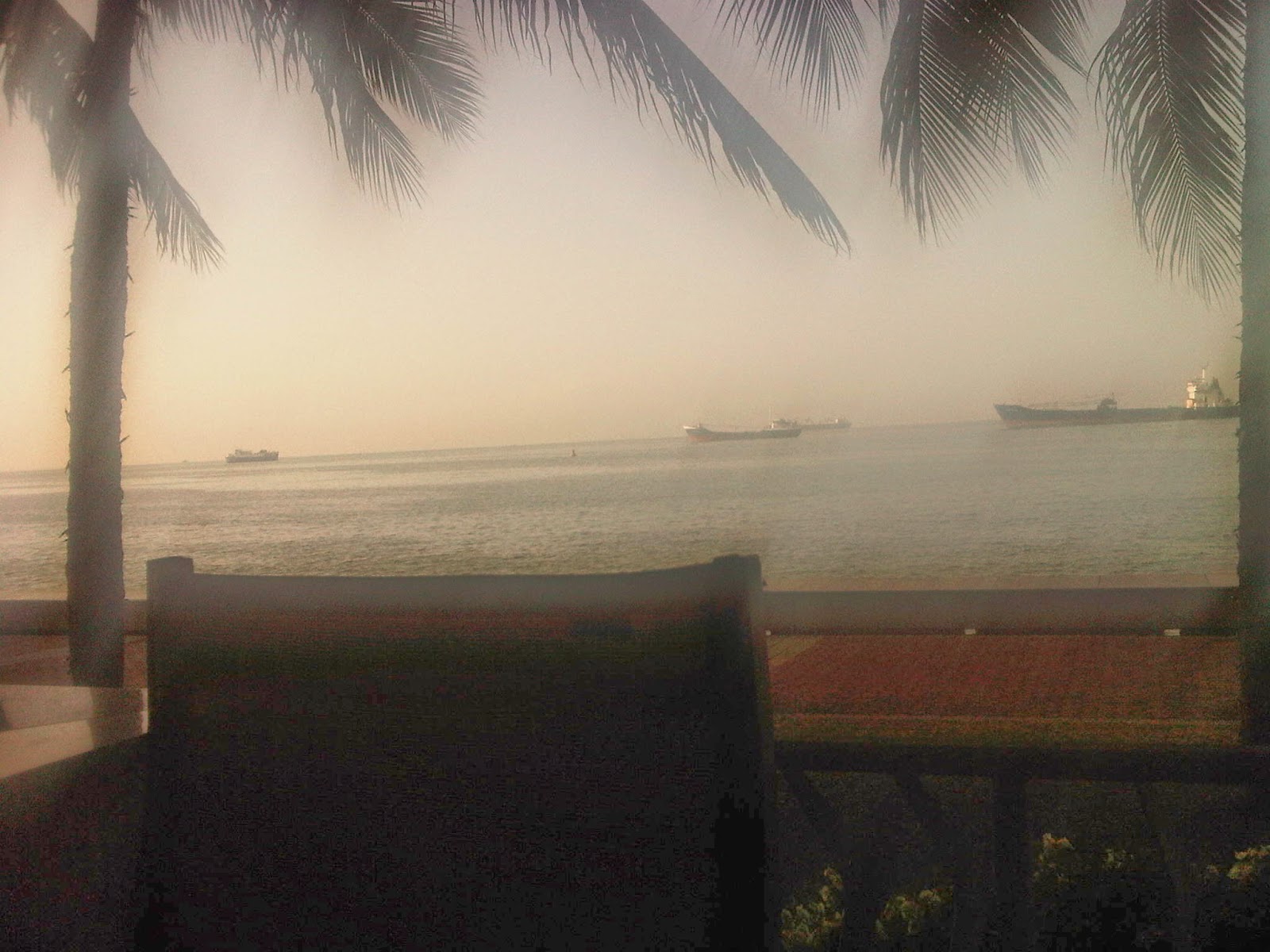 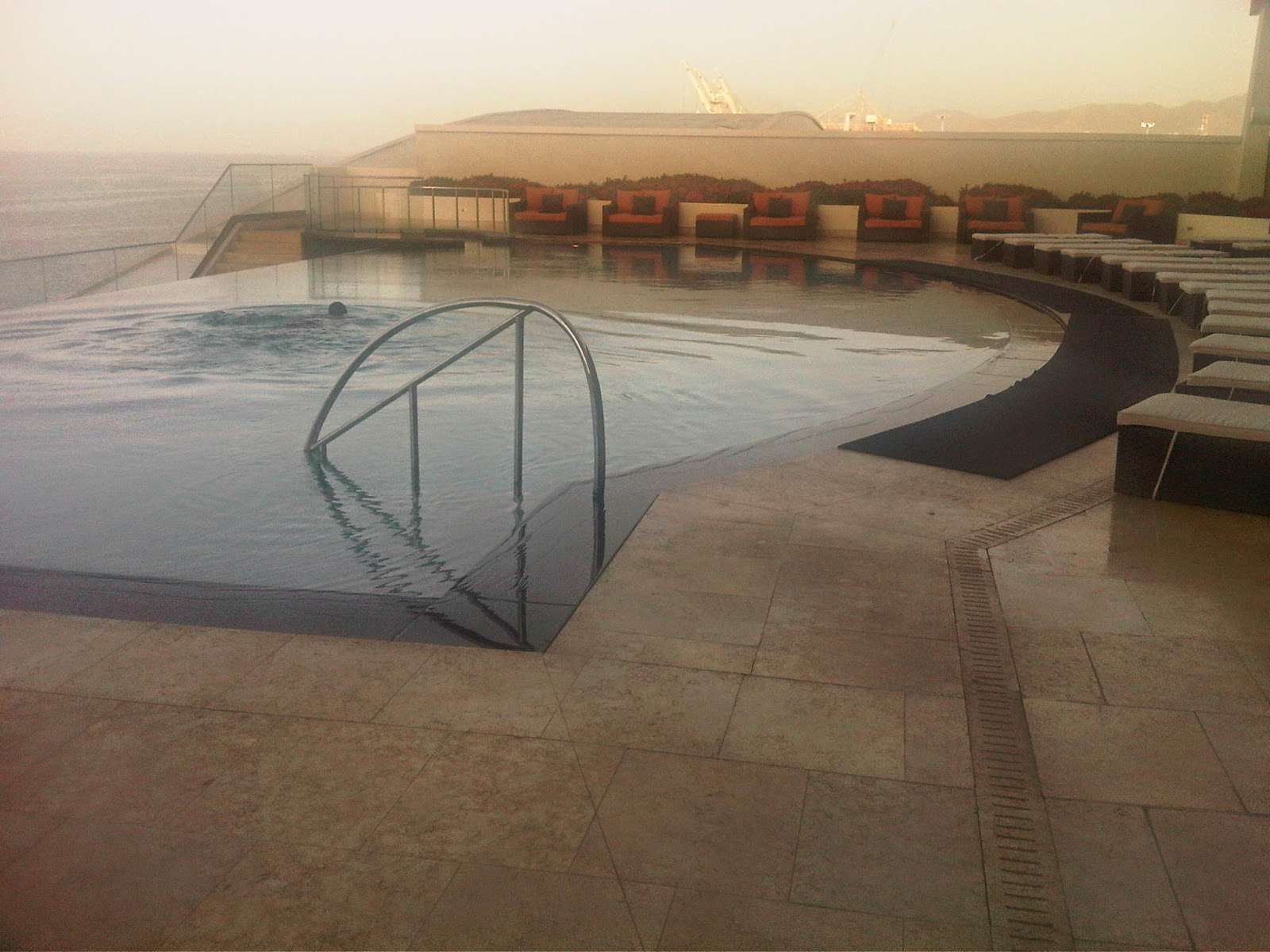 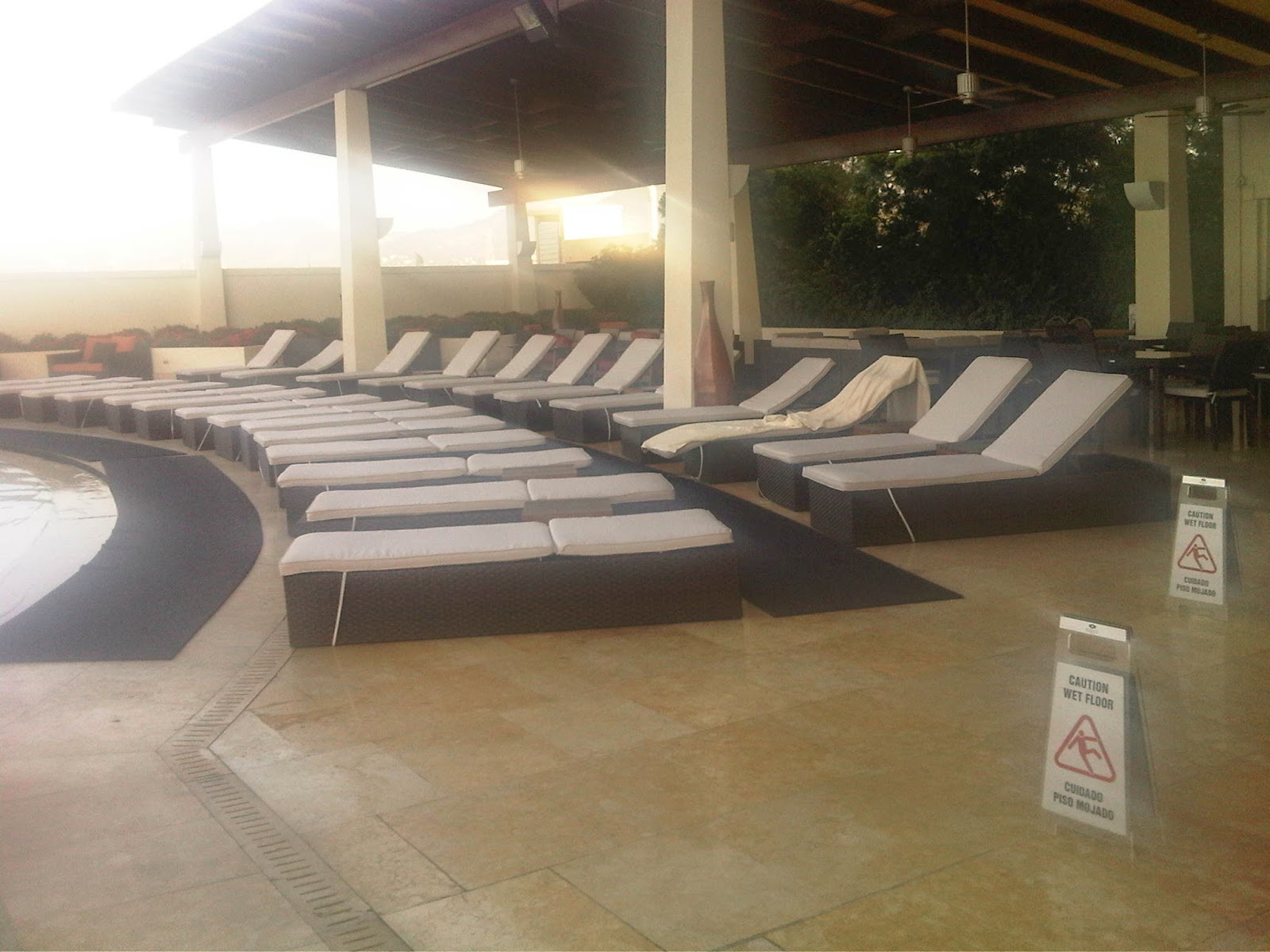 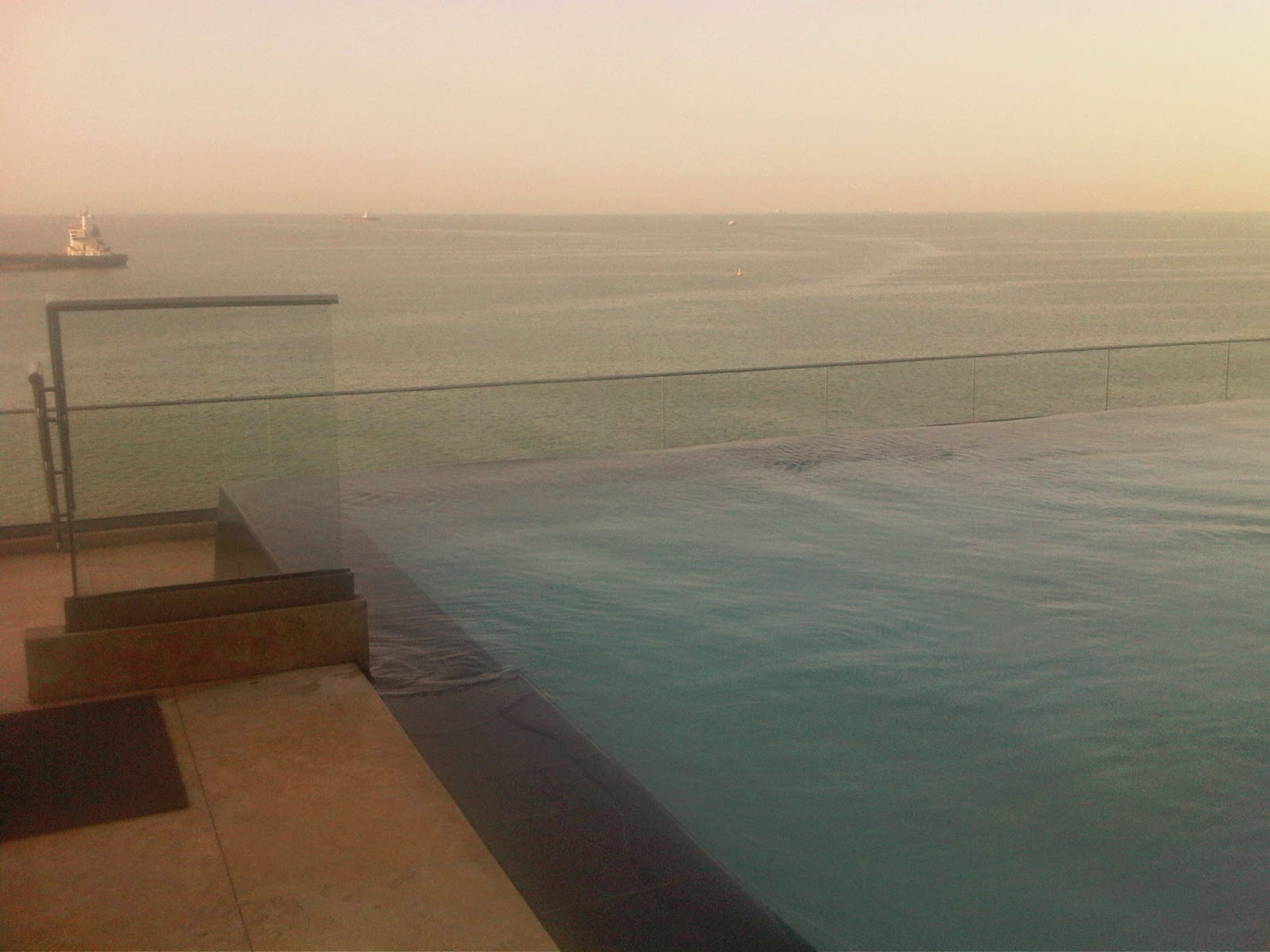 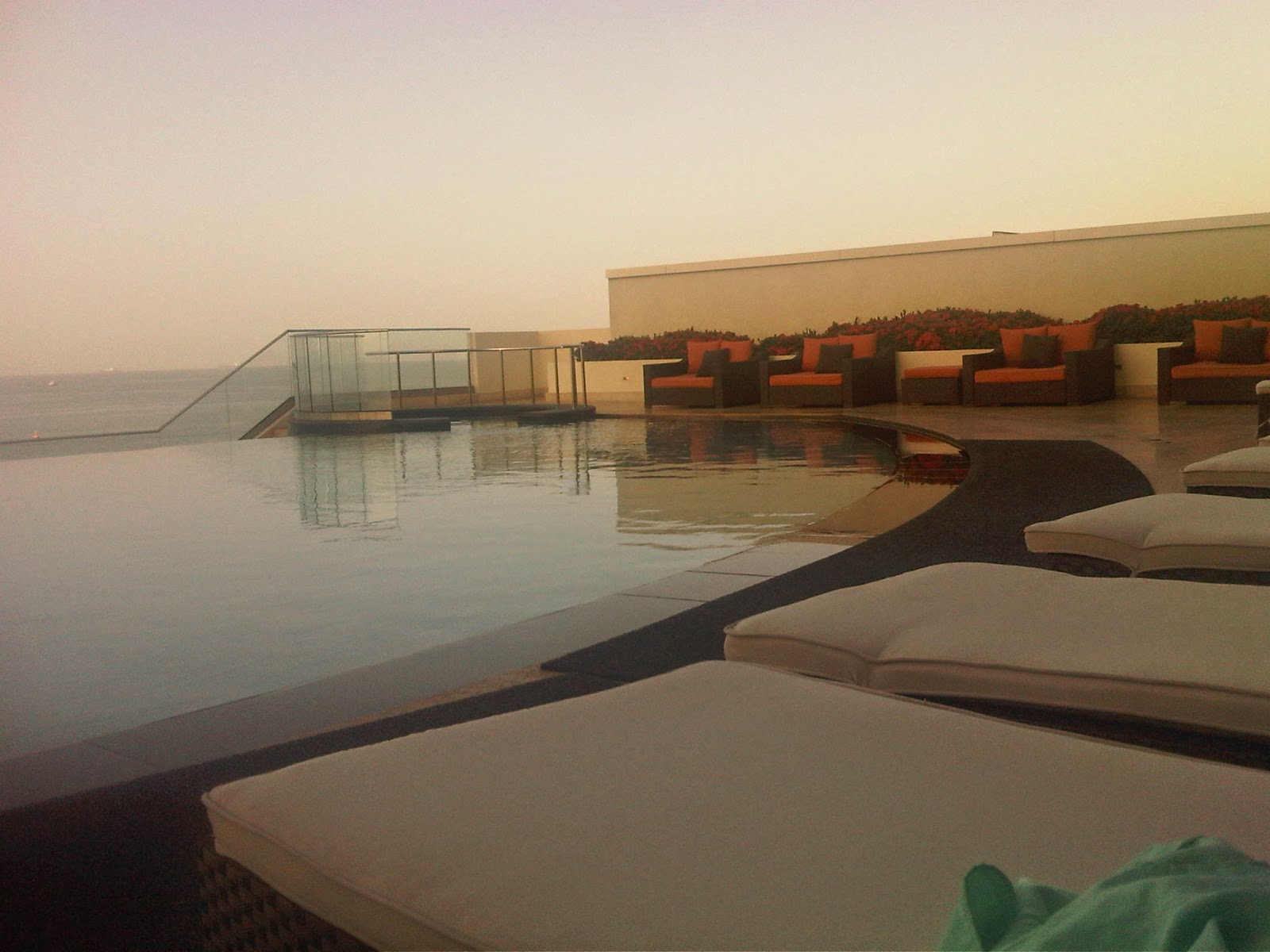 Titivate Trinidad
Prior to getting ready for my first fete for the 2k14 season, I was scheduled to meet with Analiese Ferreira, the owner of Titivate TT, to pick up my custom bag that I ordered to match my costume. I had heard about Titivate from doing an online search of custom carnival bag suppliers. After reading and seeing all of the great reviews on the company’s Facebook page, I decided to place my order.  Communication with Analiese was a breeze and she promptly answered all of my inquiries. Her customer service was awesome and I was extremely grateful for how accommodating she was in arranging a time for me to pick up my bag, especially given that I arrived in Trinidad after the two scheduled pick-up dates. After arranging to meet me in the hotel lobby, I received my bag Thursday morning. To say I was impressed would be an understatement. Anyone who knows me, would likely say I’m a bit of a carnivalista (lol), in that I tend to jazz up or do something unique or different to my costume or accessories . The bag I received from Analiese was amazing, everything down to the design, quality and craftsmanship. After two full days of jamming on the road, not one single jewel came off (which is more than I can say about my costume) but yes overall it was definitely a great investment and was able to fit all of my essentials on the road! Speaking of carnivalista, I ran into Ana on carnival Monday and Tuesday, and it is no wonder she was featured as a TCD Goddess of the Road, she nailed it with custom made pieces on both days!  Recommendation Alert: If you are looking for a custom made bag, Monday wear, or accessory, I highly recommend Titivate TT. Check out their facebook page here. 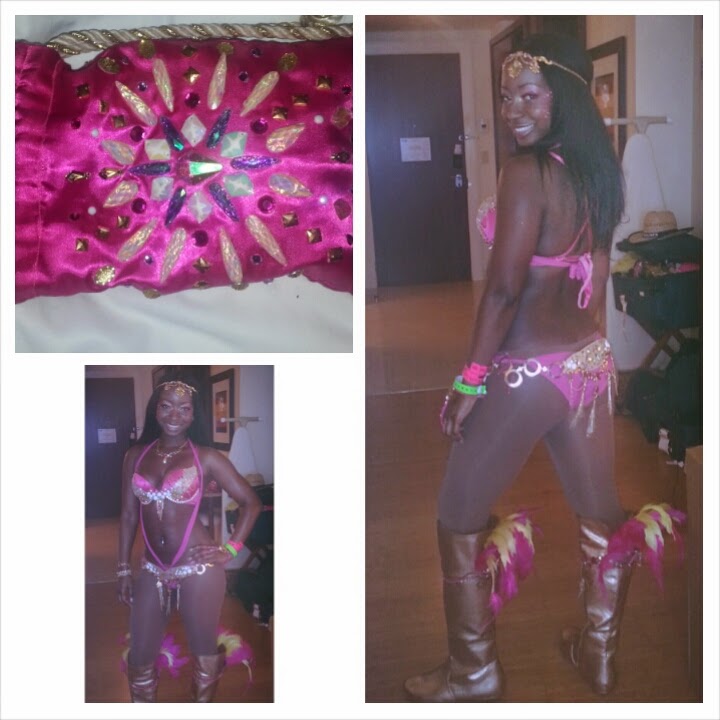 Beach House
Once I got my bag sorted out, it was time to get ready for my first fete for carnival 2014, Beach House Carnival.  After missing attending this fete last year, the sole reason why I decided to arrive early on Thursday morning was to check out for myself one of the most talked about events of the season. After seeing several posts of the BeachHouseMe Instagram page of the menu items and venue to look forward to, I knew I was going to be in for a memorable evening (well at $200 per ticket one would hope so at least lol). Overall Beach House 2014 did not disappoint and did live up to the hype for me as one of my favorite events I attended during carnival. Upon walking into the venue, patrons were greeted by promotion ladies wearing colorful Beach House skirts. After dawning my wrist with my first wristband for the season, my carnival 2k14 was officially underway. Beach House is a pretty fashionable party, where one could see many ladies in colorful tops or long flowy maxi dresses and the fellas in fitted tee’s, quarter length shorts and linen. The venue where Beach House was held was very nice and spacious, and had a cool refreshing breeze due to the surrounding water. With a variety of food and drink stations, patrons could eat to their hearts content, and well into the evening at that; noting from one of my friends grabbed a quick bite in between dancing in the latter portion of the evening.  Once everyone had food and drinks in their system, the party which could have been described as more social, livened up to what Farmer Nappy would call a Big People Party. Overall my first day in Trinidad ended on a high note, and I looked forward to what the remainder of my trip had in store. 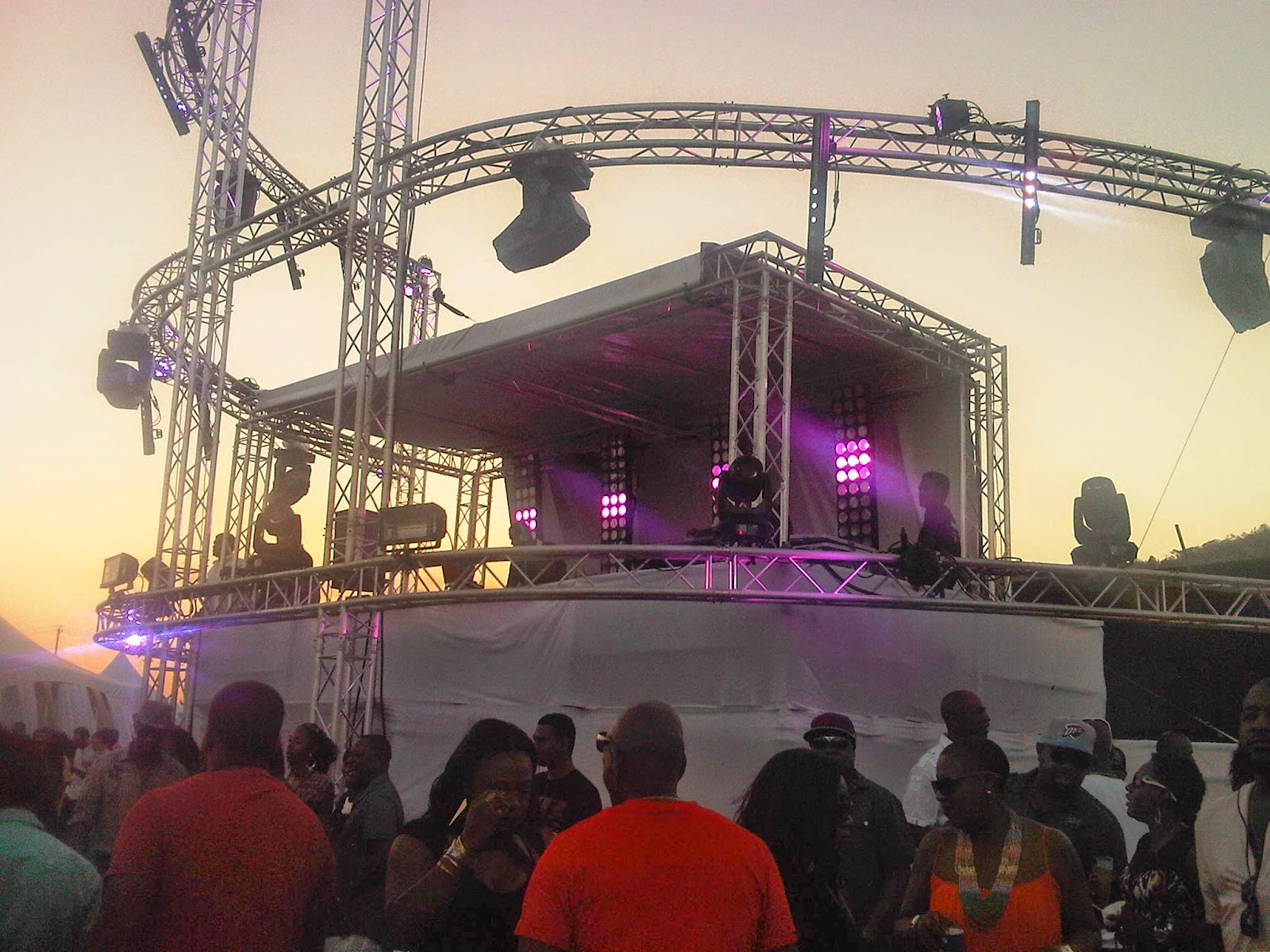 Lessons learnt and things I will keep in mind when I go back
1.       For the best phone deals, always try to get your phone activated with a package at airport
2.       Checking in online using E-check in saved me a lot of time at both Pearson and the Tobago airport
3.       Having a backup mode of transportation is a lifesaver
Posted by The Collabo at 3:55 PM No comments:

Toronto Carnival Band Launch Season is quickly approaching. Here is a list of upcoming band launches. We will update the list as more dates are released. 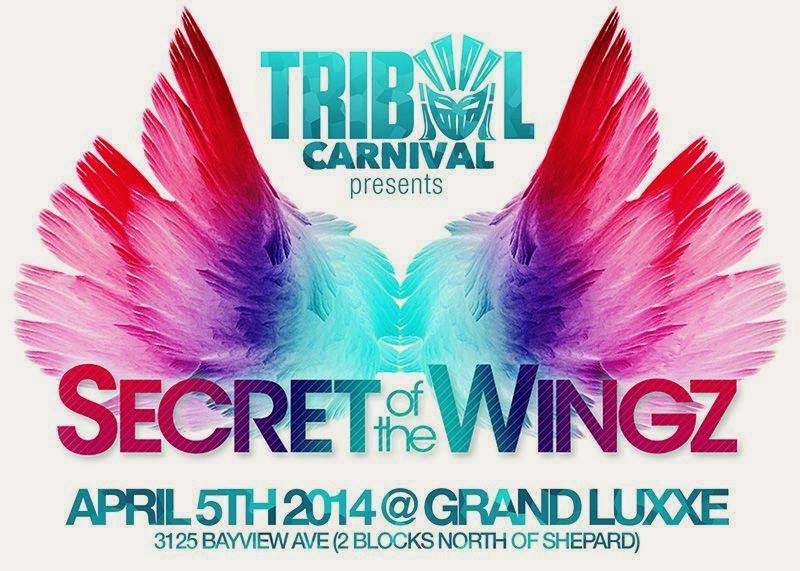 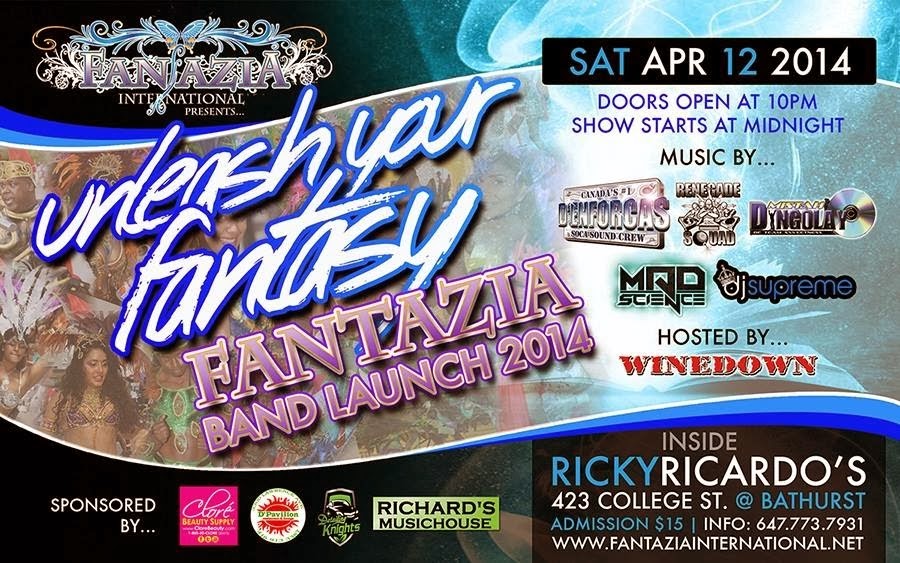 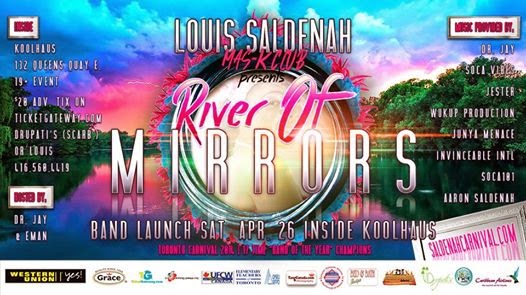 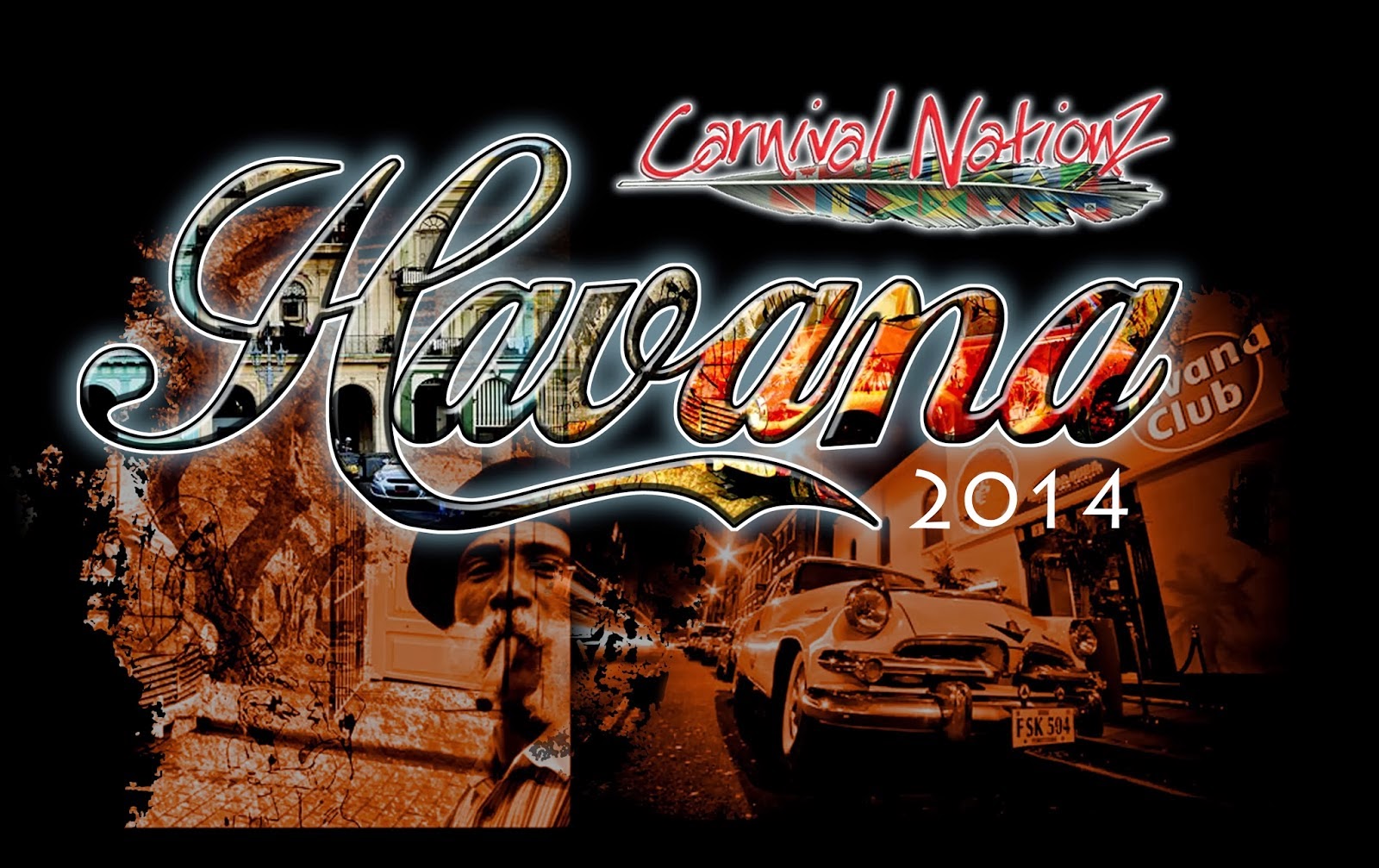 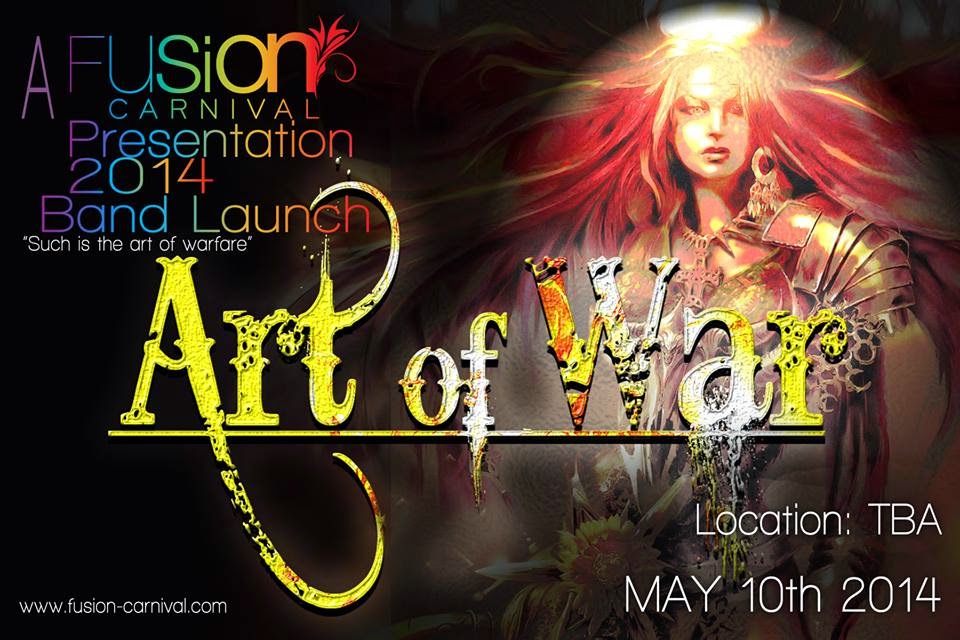 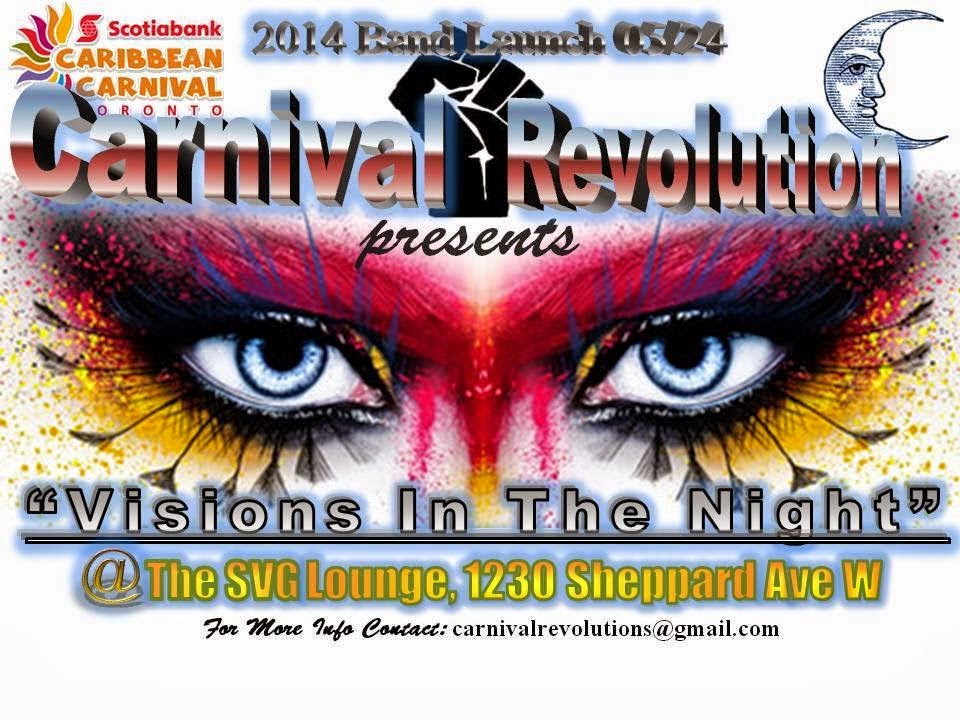 Posted by The Collabo at 1:53 PM No comments: