Apart from being a social platform that highlights culture (and carnival), The Collabo Blogspot also seeks to showcase individuals and initiatives that are pushing boundaries with creativity and entrepreneurship within and around the GTA. This week we caught up with Adi Hazlewood for a Q & A to learn about her line Evelyn Rose.


Evelyn Rose is an upcycle clothing line that utilizes reclaimed fabrics to create t-shirts that are both unique and environmentally friendly,

TCB: Tell us about yourself and how you started your line Evelyn Rose?

AH: I believe that life is about challenging yourself and constantly evaluating your beliefs and what you stand for. After graduating from university, I became increasingly interested in living sustainably. I wanted to challenge the idea that being conscientious of your decisions as a consumer meant rejecting fashion. I started the line Evelyn Rose to illustrate environmentally friendly clothing can be as expressive and of the same quality as mass produced merchandise.

TCB: What types of pieces does the Evelyn Rose encompass?

AH: At the moment, the line consists of t-shirts and tank tops. I am hoping to expand eventually into accessories but I believe working on one aspect of the line will ensure quality and help me truly meet the needs of the people interested in the line. 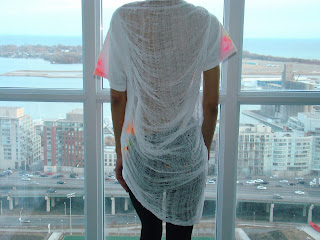 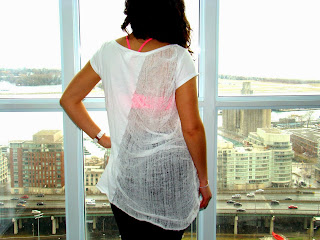 TCB: What is your target audience for your line?

AH: I envision Evelyn Rose to attract very strong, independent women who enjoy fashion but do not follow trends and wish to cultivate a unique style. I believe that description is not limited to a particular age range or demographic.

TCB: What inspires you as a designer?

AH: The city of Toronto truly inspires me, it is so diverse and you see so many interpretations of trends and unique expressions of self. Traveling has also heavily influenced me, being exposed and immersing myself in different cultures has inspired to try new things and has helped direct my vision of the line.

TCB: What were some of the highlights or accomplishments that you are most proud from the development of your line?

AH: The line is still very young, I hope to accomplish a lot within the next year. So far it has been the craft shows I have participated in and the positive feedback I receive from people about my line. Hearing that people like and enjoy what I have created keeps me motivated to continue and develop as a designer.

TCB: Where can people learn more about you and see your work?

AH: People can follow me on Instagram at EVELYNROSEFH. To purchase or learn more about the line contact me at evelyn.rose.shirts@gmail.com
Posted by The Collabo at 5:59 PM No comments: 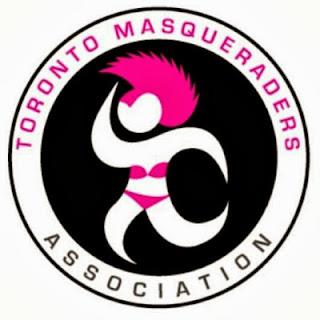