Over the long weekend, The Collabo Blogspot visited a few mas camps. On Friday evenings, Connections Mastumes band hosts an after work lime, and I thought it would be a great opportunity to check out their mas camp. Upon entering, I was immediately greeted by one of the band members and welcomed into the camp. After being introduced to the band leader and several section leaders, I asked if it would be alright if I took some pictures of the kiddies and adult costumes. 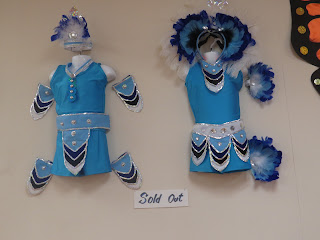 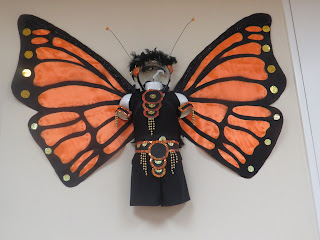 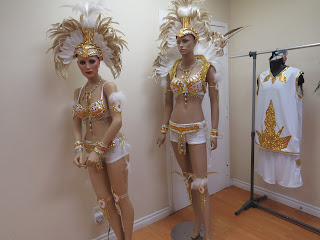 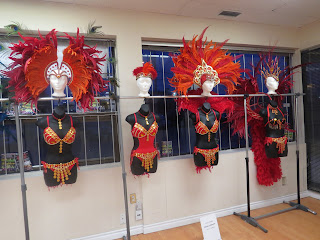 The hospitality extended from the Connections team was great! That evening they had a small bbq with corn, pasta and chilli. Everyone that was in the camp was encouraged to try some, whether it be you were helping out to make costumes, or visiting for the first time. Connections definitely has a family-oriented vibe, as I observed a father and son working to create mas together.  The sweet melody of soca could be heard throughout the camp, as the dj mixed current and back in the day tunes.

One thing I really liked about Connections, is that they were really open and welcoming. Although I am already registered in another band, I was not made to feel as through I was intruding, but rather was invited to the back to sit and get to know the Connections team. I think this is something which is unique to smaller bands, as I have found with my experience with big bands, being invited to the back and being presented with an opportunity to get to know the section leaders is rare. It was also clear that the Connections team is close-knit, as a cake was brought in to celebrate one of the member's birthday. 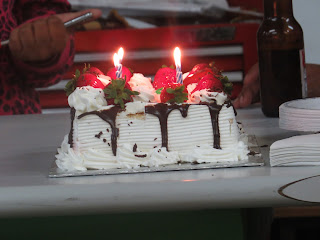 Overall, I enjoyed myself at Connections Mastume Friday night lime. I would encourage anyone who has not yet purchased a costume and may be interested to experience Toronto carnival in a smaller band, to check out Connections mas camp at 55 Nugget Avenue, Unit 3.
Their Kiddies costumes start at $30.

If you are interested in the lime, I was told this upcoming Friday, instead of the lime, they will be hosting a fete at Twilight. Check out the flyer for more details below. The lime will take place again on the 12th. 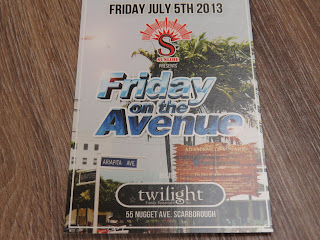 For more pictures from Connections mas camp visit, click here.
Posted by The Collabo at 7:33 AM