On Friday, June 14th I attended the third installation of the Battle of the Sexes—Toronto Edition. The event was held at The Arta Gallery located at 55 Mill Street, in the heart of the distillery district downtown Toronto. The gallery is well known for its exhibits of art work from nationally and internationally known artists, as well as its loft-style decor that creates an upscale, cultured kind of vibe.

Upon entering the venue we were greeted by a bevy of caterers who were ready with wine and hors d’ouerves. It was a very welcoming atmosphere to say the least. This really helped to set the tone for the media hour that was great for mixing and mingling with the panelists and organizers before the discussion got underway. 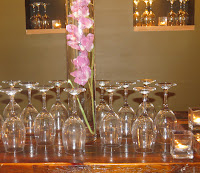 Guests had an opportunity to check out the some of the vendor booths set up throughout the venue. Vendors included everything from kinky toys to hair supplies to jewelry. Some of the sponsored vendors were Ne Plus Ultra 100% Remy Hair Extensions, The Diana Tracy Collection and Live It Up In Style. I found the vendor booths added a nice interactive touch to the event, particularly in the pre-media hour. 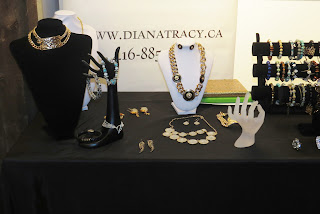 After getting comfortable with my first glass of wine I had an opportunity to speak with the beautiful event creator and host, Telisha Ng.  Having been to similar events that involved open forum discussions I wanted to pick Telisha’s brain to find out what I could expect differently from BOTS.

Telisha spoke very candidly about the importance of creating a dialogue, not only within relationships, but particularly within the black community.  While the theme for this edition of the event was “Love and Finances”, Telisha feels that BOTS offers more than just themed discussions. She emphasized how important it is to keep these kind of conversations going (which I couldn’t agree more). She added, “These are conversations you might have with a co-worker at Starbucks, but we need to be able to have these conversations anywhere”.  Another element that BOTS offers is its ever-changing group of panelists. Of her A++ panelists, which included blogger Lincoln Anthony Blades, small business consultant Mariah Giscombe, community activist Nigel Birch, and reality starlet Honey Lou, Telisha says she enlisted people she admires that are  either very outspoken or very outgoing—people that could surely bring “fresh perspectives” to the discussion. 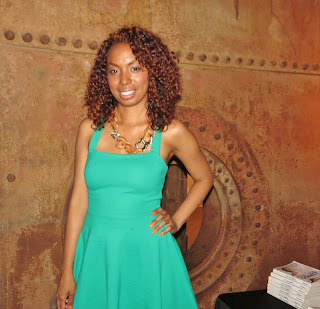 I had an opportunity to speak with a few of the panelists during media hour and also listened to them articulate their opinions during the panel discussion and I would have to say Telisha chose wisely!

Lincoln Blades blogger/author of ThisIsYourConscience.com serves as a panellist for the 5th time. As the only panelist that has been part of BOTS in Canada and the US, he points out the difference between the only Canadian stop and its US counterparts is that Toronto is quite new to having these kind of conversations in this kind of manner. He feels that in the US cities conversations on relationships, love and money occur in very open formats such as barbershops, salons, in grocery store lines, etc. “Toronto is coming along in that respect, but an event like BOTS helps to develop the community”. On the topic of love and money he stresses the importance of changing the dynamic in relationships to make it work throughout difficult economic periods.

Mariah Giscombe, entrepreneur of Mgsquared.ca is a small business consultant and young entrepreneur.  Mariah came armed with economic statistics to represent for the females and to enlighten the crowd. Mariah was quick to stress that divorce is a major source of poverty amongst women. She stressed the importance of “having your own” when entering a relationship.

The discussion began around 10pm opening to the heated topic of “dating in the recession”. Telisha asked her panelists how the recession affected dating?  Nigel was the first to offer that there are actually more marriages now than ever before and the convenience of cohabitating.
Honey Lou says the recession has made more women less independent.
Lincoln Blades stirred things up with the implication that people were not being realistic during the recession and that dating ideologies have not changed during this time when they clearly should. “If Red Lobster is not good enough for you on the first date then you can go to hell!” was a memorable quote from Blades, that had definitely got the audience riled up.
Mariah Giscombe countered by saying that men needed to be more creative with dating during the recession. 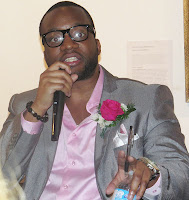 The night continued on with lots of energy from the panellists and crowd and was capped off with an amazing swag bag filled with tons of samples from many of the vendors. 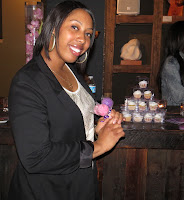 Overall I had an amazing time and of course the car-ride home was filled with more debates on the night. It was amazing! A second Toronto edition is in the works and I highly recommend you be in attendance if you’ve never been before!

If you were at Battle of the Sexes Toronto what did you take away from the discussion? What were some of the highlights of the event for you? Who was your favourite panelist?
Posted by The Collabo at 7:28 AM