This summer one of my goals was to do several D.I.Ys : )
One of my most recent D.I.Y. (Do. It. Yourself) projects is that I started to work on my boots for my 2K11 costume.
I decided to re-use my boots that I bought last year, which I had previously spray painted silver. 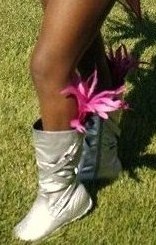 After finding my boots from underneath my bed, here is a picture of what they look like one year later. lol
(Note these boots were originally black) 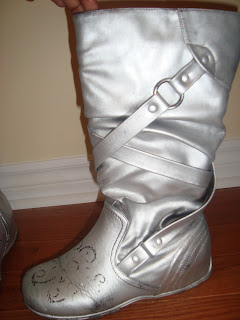 I started my D.I.Y project by spraying a primer... 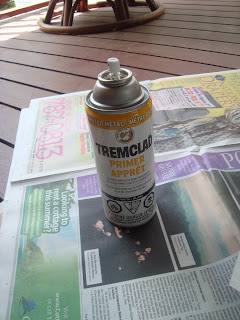 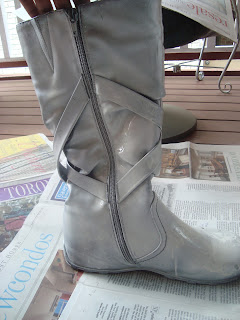 I then airdryed the boots outside overnight.
﻿I resumed two days later.
Subsequent to priming the boots, I sprayed the first coat of spray paint to one side of each boot.
Here are some pictures: 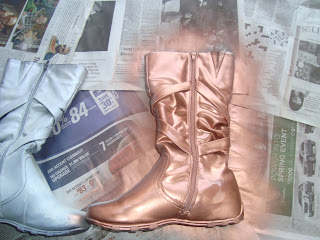 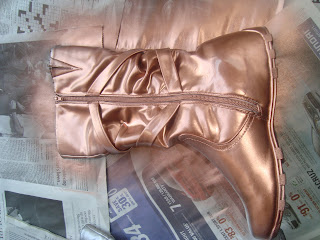 Stay Tuned to Future Updates! : )
So have you decided what you are doing about footwear?
Boots? Sneakers? Flats?
What is your preference?
Posted by The Collabo at 7:46 PM