Hey Readers,
Here is a post with the Writer of The Collabo Blog, as she shares some of her experiences of what inspired her to write as well as some of the highlights and challenges to blogging and social media. 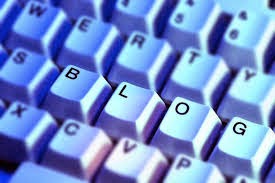 One of the driving forces behind starting The Collabo blog three years ago, was due to the array of questions I would receive from friends and family regarding carnival. Ranging from questions on the date of the next upcoming band launch, or my thoughts on themes and costumes; it was no secret to my family and friends how much I loved playing, reading and talking about mas.  Although participating in Toronto Carnival may be viewed as simply buying a costume and heading down the lakeshore, I viewed participation in the parade a culmination of various events- such as the launches, interactions- such as the experience while in the mas camp, as well as activities and services- such as the act of adding personal touches to items such as footwear or makeup to complete one’s look on the big day. It was my hope to create a blog that would be a source of information that was helpful, and hopefully minimize the time one had to take to navigate how to play mas in Toronto. The inspiration behind calling the blog The Collabo was rooted in the viewpoint that although an individual may generate an idea, it is often through the help, support and collaboration with others that is the driving force behind turning an idea, into something that is tangible and a reality. Additionally, I wanted also the Collabo to be a space where individuals and initiatives could be highlighted, and readers could share their unique experiences and perspectives.

Throughout my blogging trajectory, the journey has been marked with many highlights and of course a few setbacks along the way. One of my very first highlights I can remember was being featured on Trinidad Carnival Diary within the new Blog on the Block post. Given that I am an avid reader of TCD and admire the hard work and dedication that has been put into it the blog over the years, this was a moment I was extremely appreciative of. Another experience that has been a highlight was writing articles for the CarnivalChaser magazine in 2012. Overall, as someone who is somewhat of an introvert, the opportunity to blog, has been one of personal growth that has enabled me to connect, share and learn from others. It is an experience that has been enriching and one that I am grateful for.

Now that I have touched briefly on the highlights/positives of blogging, to be fair I think it is also important to discuss a few of the negatives. Anyone who read my caribana newbie series, knows about my trusty disclaimer (lol), which I have decided to resurrect for the tail end of this post:

(Disclaimer: The below comments are some of my reflections and observations while blogging. If you were to ask someone else you may get a different response and that is ok. The intention of the post is to provide information in addition to encourage discussion of ideas, views and opinions.)

Thoughts on Media Passes
When it comes to launches, I think it is important to try to have an inclusive coverage of launches ranging from bands that are big, small, new or established. Although this is easier said than done, I think the social media sites and bloggers in Toronto do their best to provide information and pictures that is timely and positive. Along the way of covering launches, one thing that is extremely helpful is to obtain a media pass. Not only does it help facilitate a way for photographers and bloggers to get up close pictures and glimpse of costumes, it also helps to minimize the monetary expense to attend all of the launches. IMO it is also a nice way to show media sources that their contribution to help promote the band and costumes is recognized. Although some may feel that bloggers are not the traditional form of media and as such do not warrant a media pass, it is important to keep in mind most blogs share both pictures and written information. As a source of information which people access, often times this may lead to inquires such as “which band is this”, “what is the website” to more complex questions such as “can you tell me about the vibe of the different bands.”  As such, often times bloggers and media sites are answering various questions whether on Facebook, through email or verbally about launches, bands, and playing mas in general in Toronto. Although this year has gone relatively smoothly, we did encounter one discrepancy with obtaining a media pass for a launch despite already having received and shown the email notification that granted permission. Although this was disappointing, as an optimist I try to look at the positive side of situations and viewed it as an oversight or the result of miscommunication that was provided at the door. In believing the best approach to resolve and receive clarification about the situation was to send an email, I was surprised to note the email was unanswered. In general, although the team and I were still enjoyed the launch, experiences like this make the blogging experience not as pleasant.

Thoughts on Launch Start Times
Launch start time, which may come as a bit of a surprise, is a large factor that can impact the experience of attending a launch both positively or negatively. This is particularly true for those who attend with the sole purpose to provide coverage of the launch. The reason being is because although the launch may start anywhere between 12:30am to 2am, the time that is often overlooked is the time prior to the official start time. Often media representatives, photographers and bloggers will arrive at the venue 1-2 hours prior to the launch start time to secure a good/prime spot to see and capture the launch. Also keeping in mind, that since the official band launch time is a guestimate by the audience as well as media, that could mean being at the launch as early as 10pm, and thereafter staying up hours after the launch to edit photos because they know their readers as well as those who are unable to attend on the launch depend on them to see their first look at the costumes.   Although I can’t speak for everyone, I think early band launch start times are appreciated, because it gives the option for people who want to stay and fete afterwards the costume presentation that opportunity, as well as the photographers, bloggers, and media representative the opportunity to leave early and get a head start on the editing and writing process.

Watermarking
Last but not least, watermarking is an important topic that I would like to discuss briefly from the perspective of a blogger. Although I can’t speak for all media sites or blogs, often the pictures that are displayed on sites went through an editing process, such as cropping, color correction or fine tuning. (Imagine doing that for 300+ photos) What is disheartening to see, is the hours spent after the launch to edit photos and place a watermark to ensure the photo credit is visible as well as to direct views as to where they could go to see more, is later cropped out or removed. If the roles were reversed and you were a photographer that attended a launch that started at 1:30, and stayed up until 3am or 4am to edit, and later see your photo shared without the watermark, how would you feel? Or an alternative situation, you are a designer that spent hours designing a costume, provided the name of the band for viewers to see who to register with, and then later saw that that information was removed. Although it is like comparing apples to oranges, the concept remains the same in that a designer would take their time to craft something they are proud of to share with an audience, which is similar to how some photographers and bloggers may feel about their work and inclusion of the watermark.

Overall, I hope this post has been an interesting read and provided some insight regarding the writer of The Collabo as well as some things to keep in mind regarding media and content sharing.
Posted by The Collabo at 12:40 PM