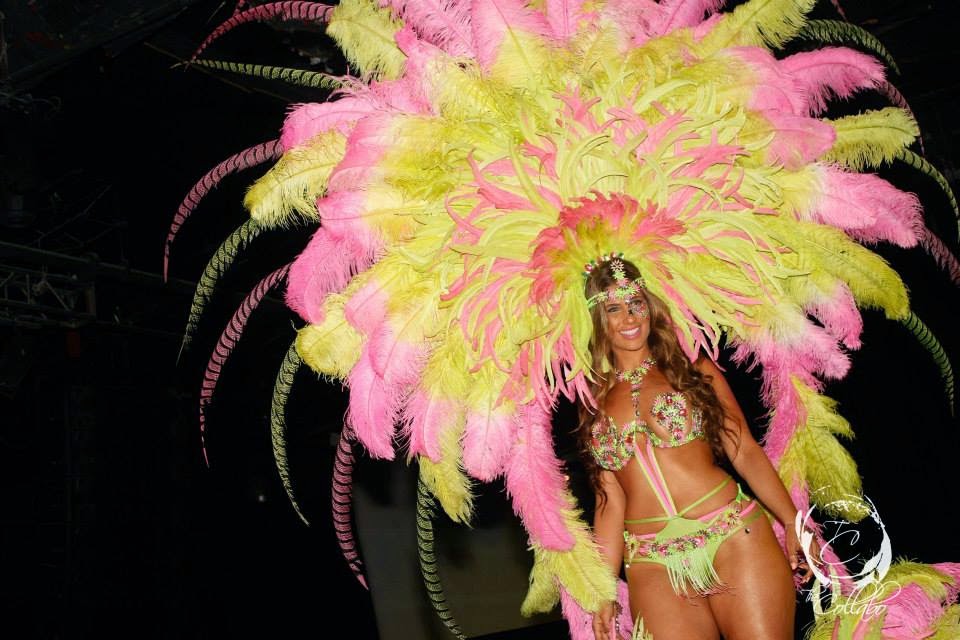 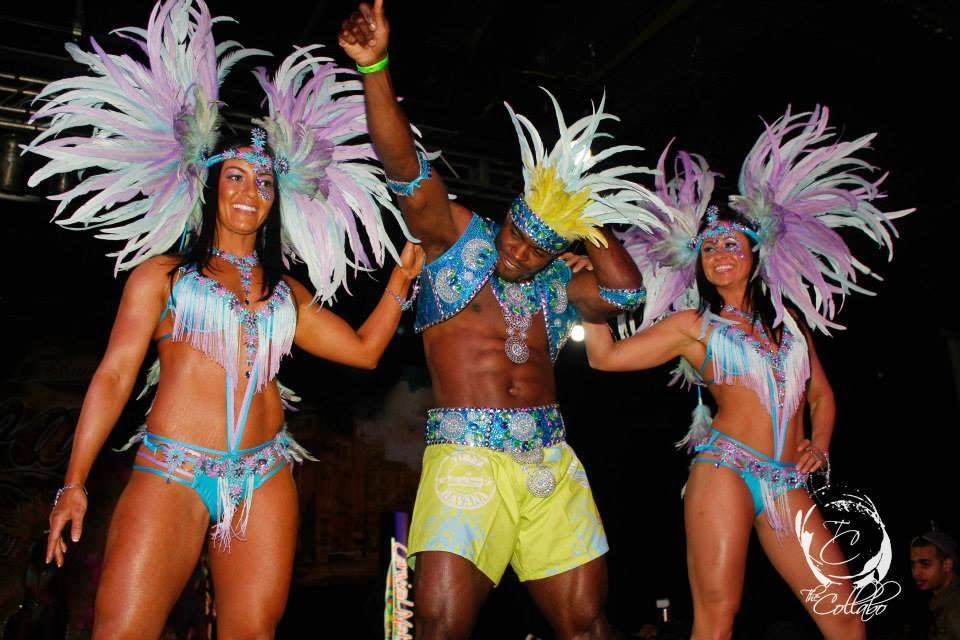 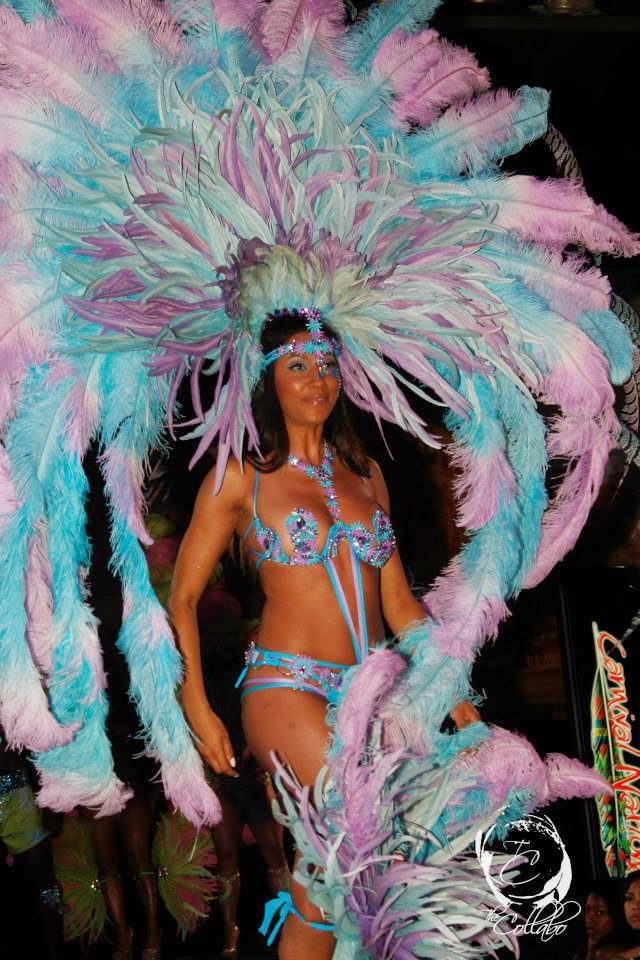 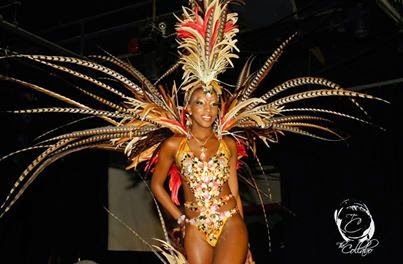 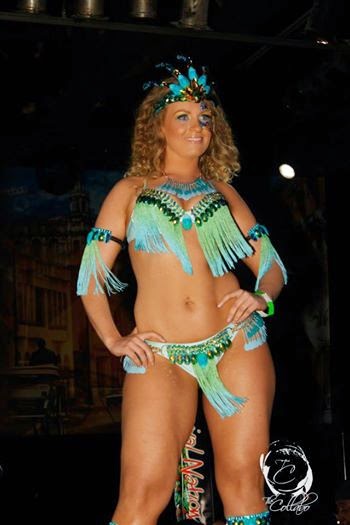 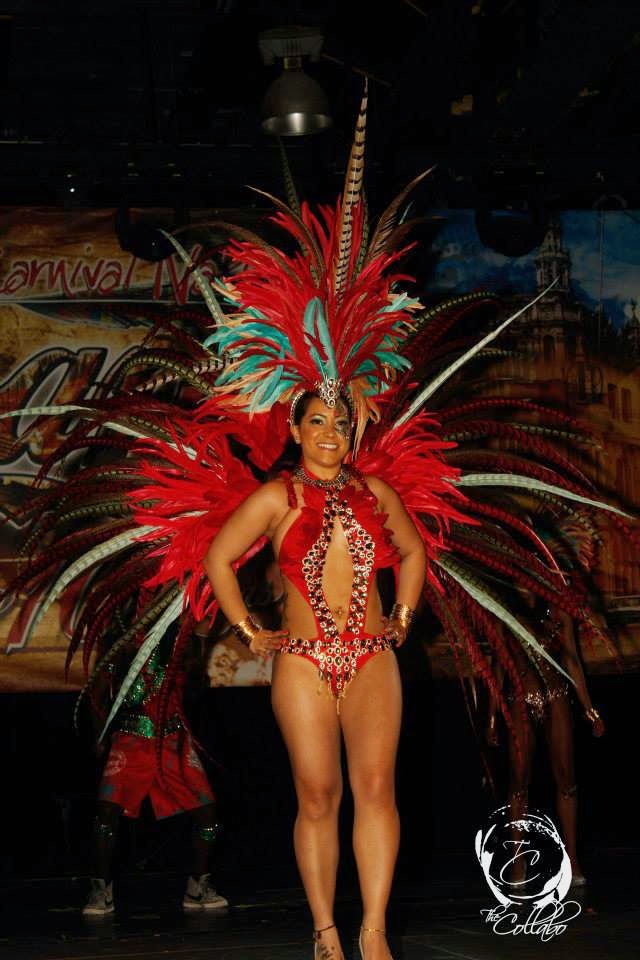 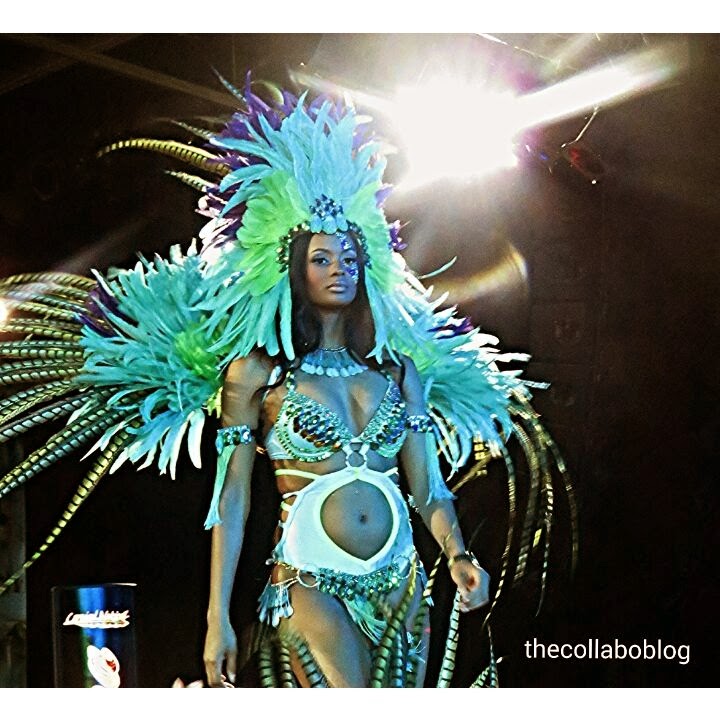 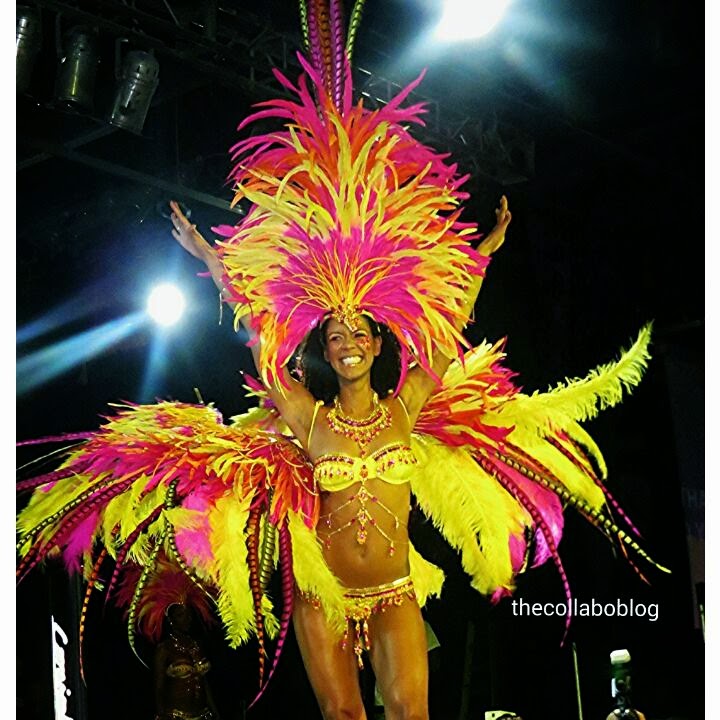 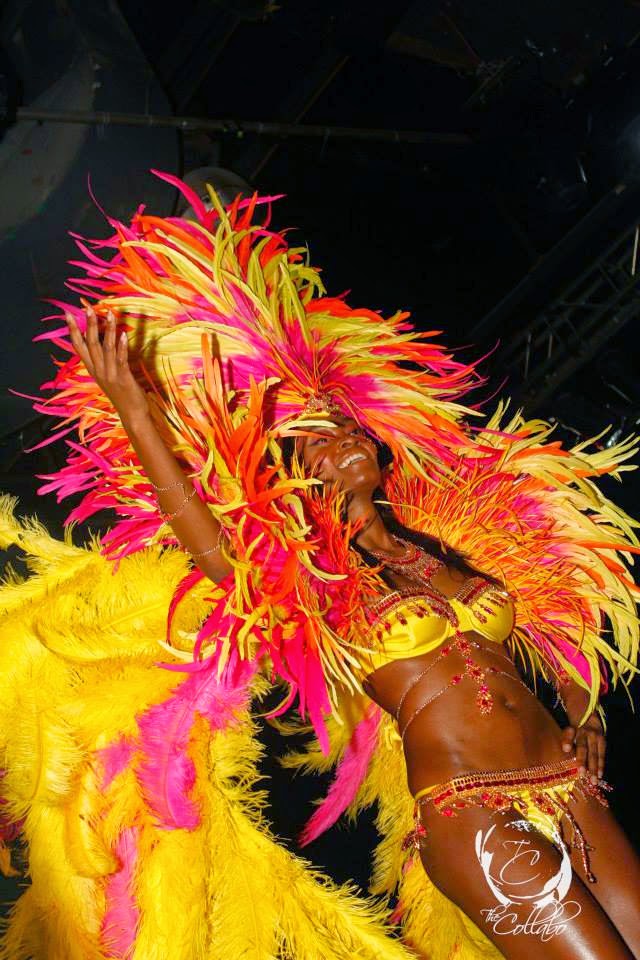 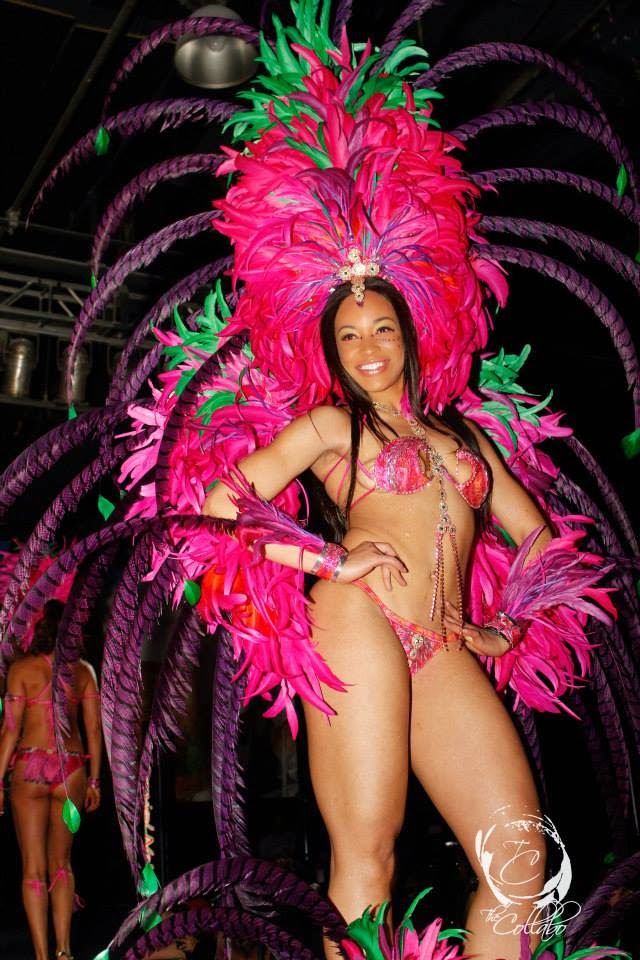 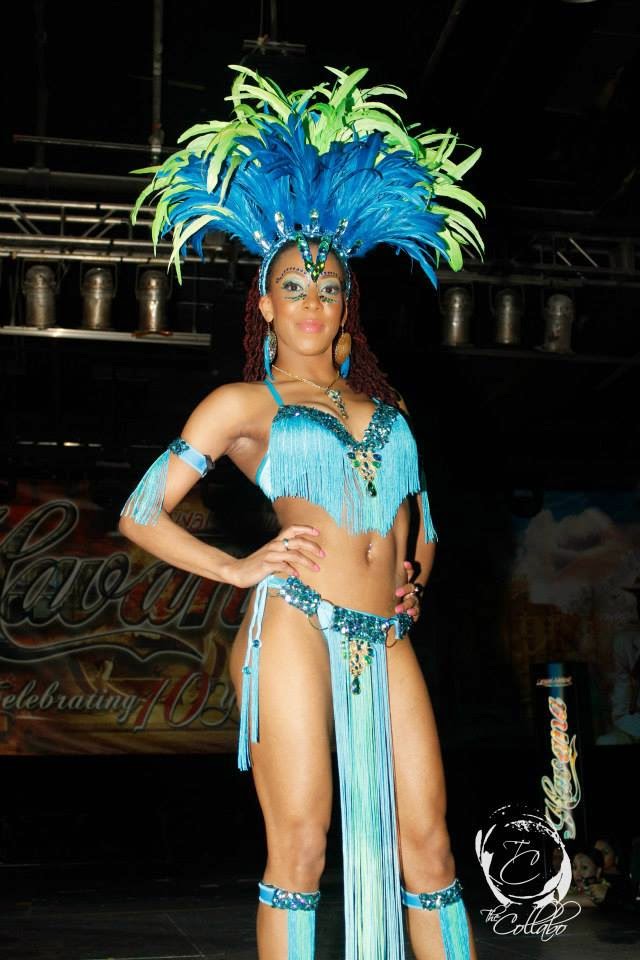 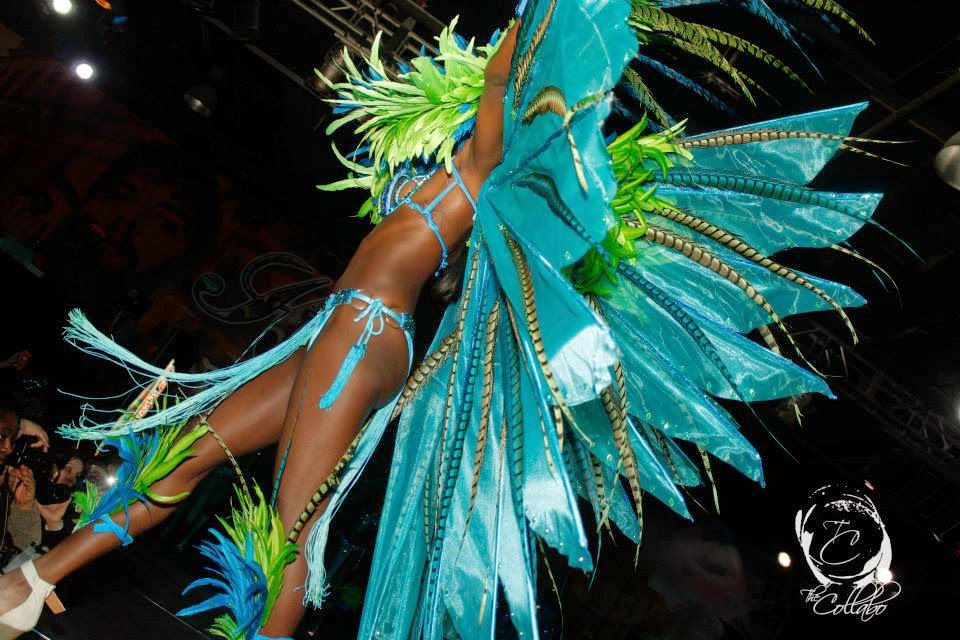 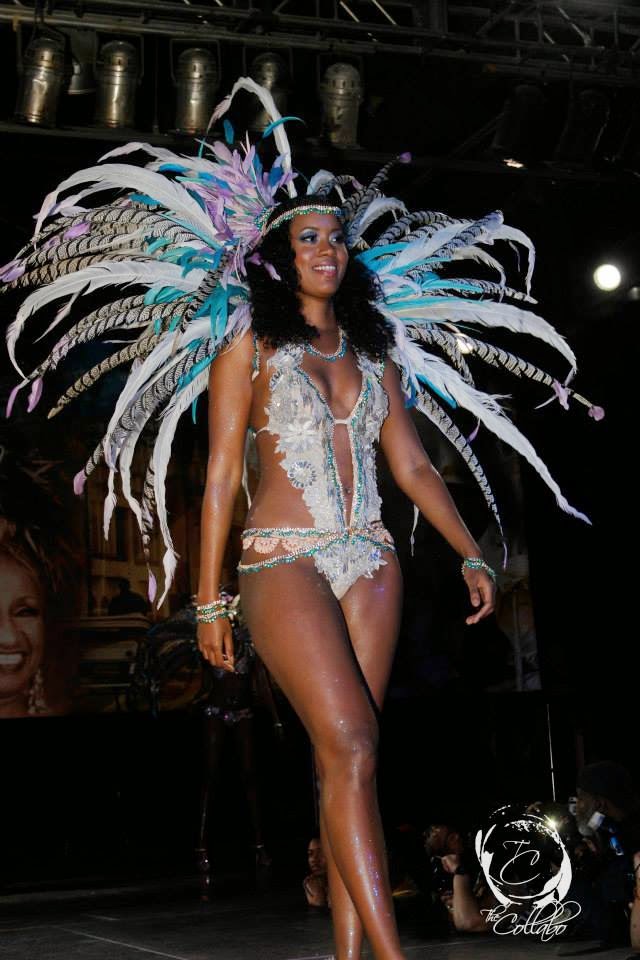 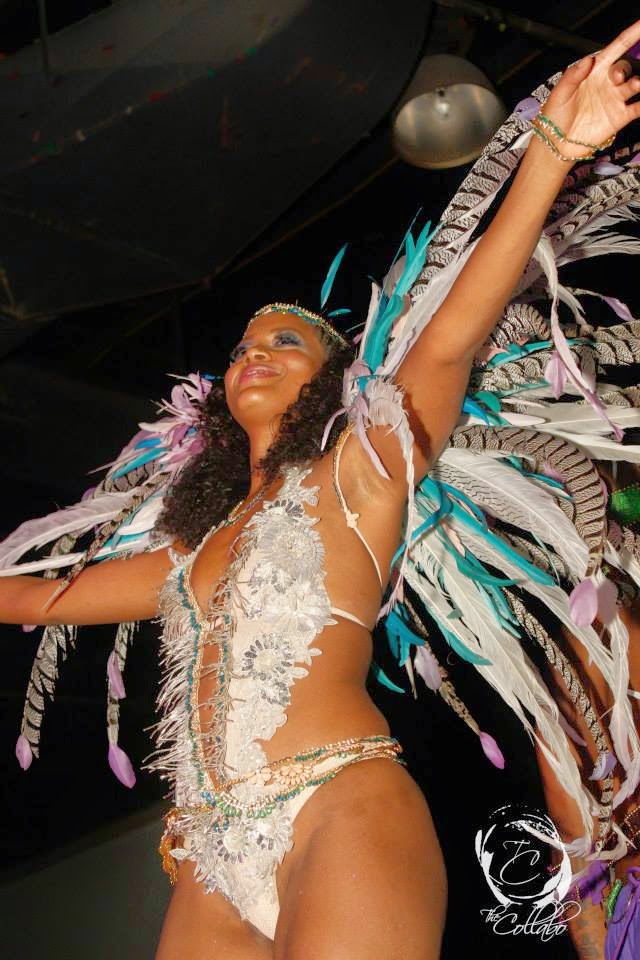 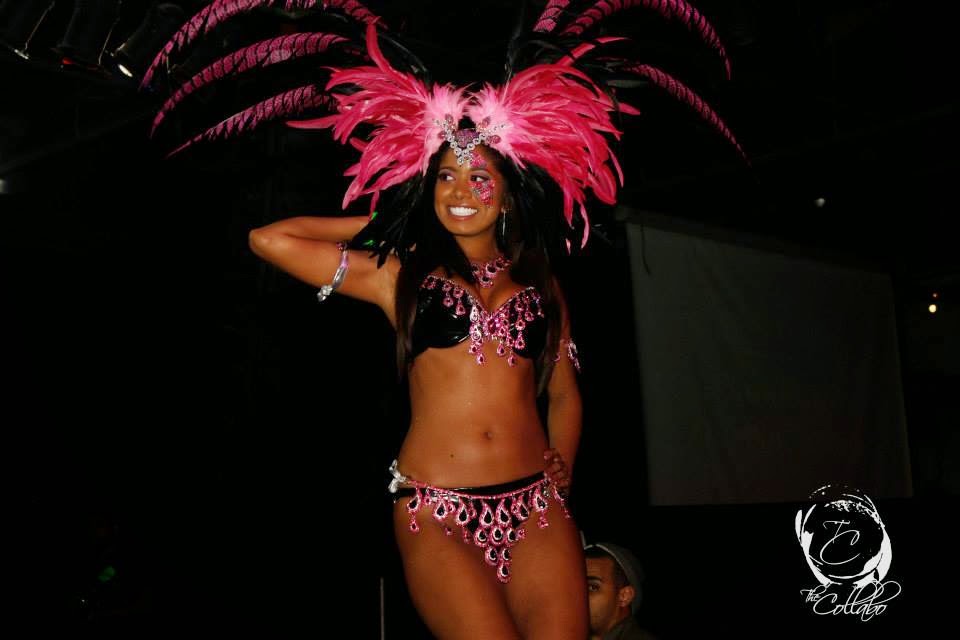 The sections ranged from costumes that displayed bright color combinations, as well as soft pastel feathers and lace. Nationz also displayed several sections that incorporated the spider panty, a popular style of bottom used in Trinidad Carnival this year. Additionally, a few sections had elements that reminded me of costumes from previous years, such as the black sleek material in Flamingo and blue and green fringe in Perroquet. Nationz’s frontline costumes made a bold statement while on stage, with elaborate feathered backpacks, leg pieces and large headpieces. Overall, the 2014 presentation of Havana, added some Cuban sizzle with various options for Toronto masqueraders to choose from.
For more pictures from the presentation, check out our Facebook album.