Tribal Carnival- Secrets of the Wingz

On Saturday April 5th, Band Launch Season for the 2014 Toronto Caribbean Carnival was officially kicked off with Tribal Carnival presentation Secret of the Wingz. Held at the Armenian Cultural Centre, a popular band launch destination, we arrived at the venue at approximately 10pm. Being the first band launch of the season, it was great to see many familiar faces (Karabana, Trinidad Carnivals, FeteNet, etc) in attendance who came to cover and show their support for the launch. 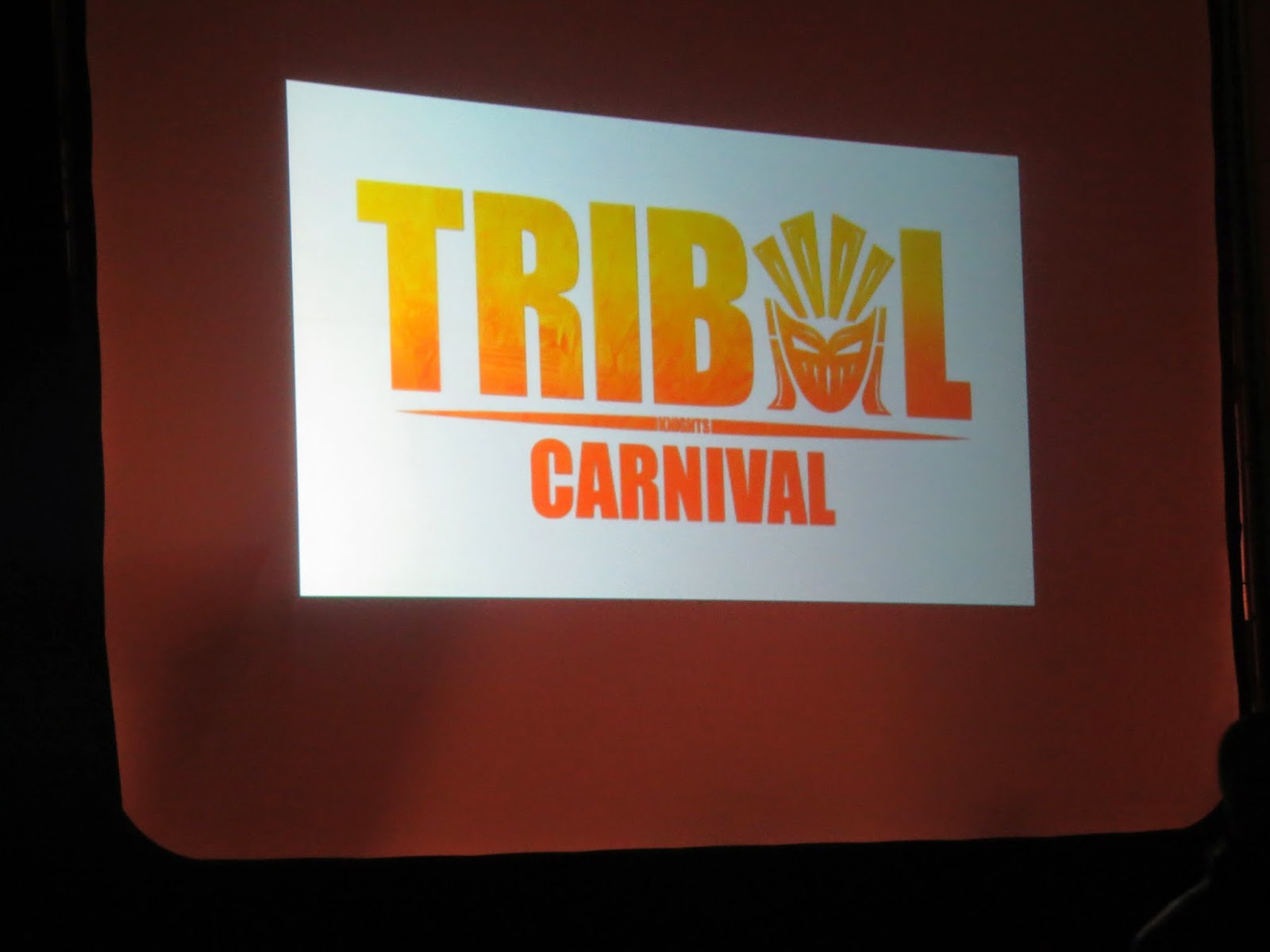 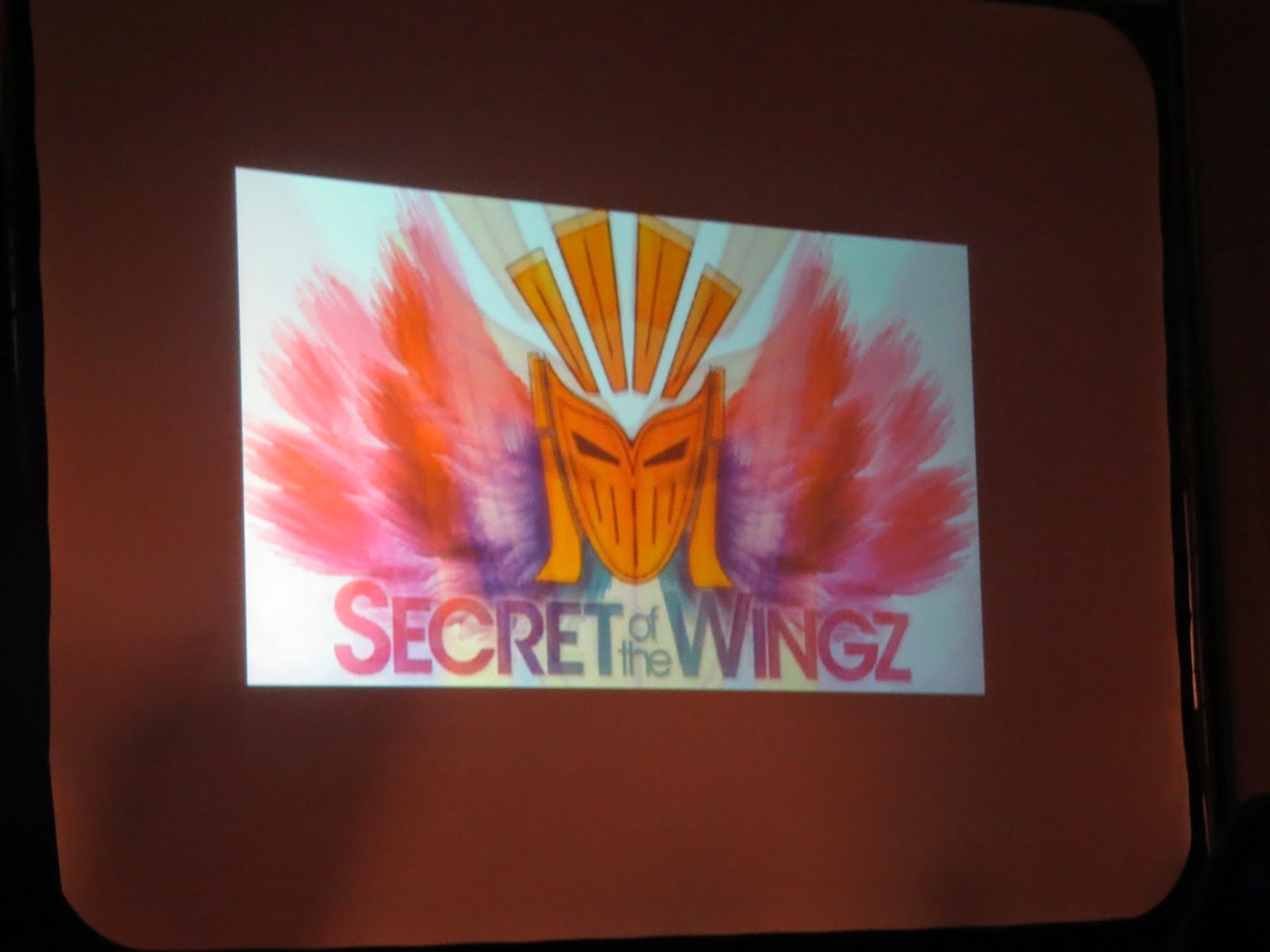 Members of the Toronto Masquerader Association (TMA) were also in attendance and distributed brochures that contained informative information on the initiative’s mandate, public participation and involvement and facts on Toronto Carnival. Such as did you know Toronto Carnival generates an estimated $500 million annually into the economy of Ontario or that Toronto Carnival was given as a gift to the city and country from the West Indian community to commemorate Canada’s Centennial celebration in 1967 (Definitely great tidbits and puts things into perspective as to how important the festival is to the city and province both culturally and economically) If you see the TMA at the upcoming launches, make sure to pick up a copy of brochure and stay informed. 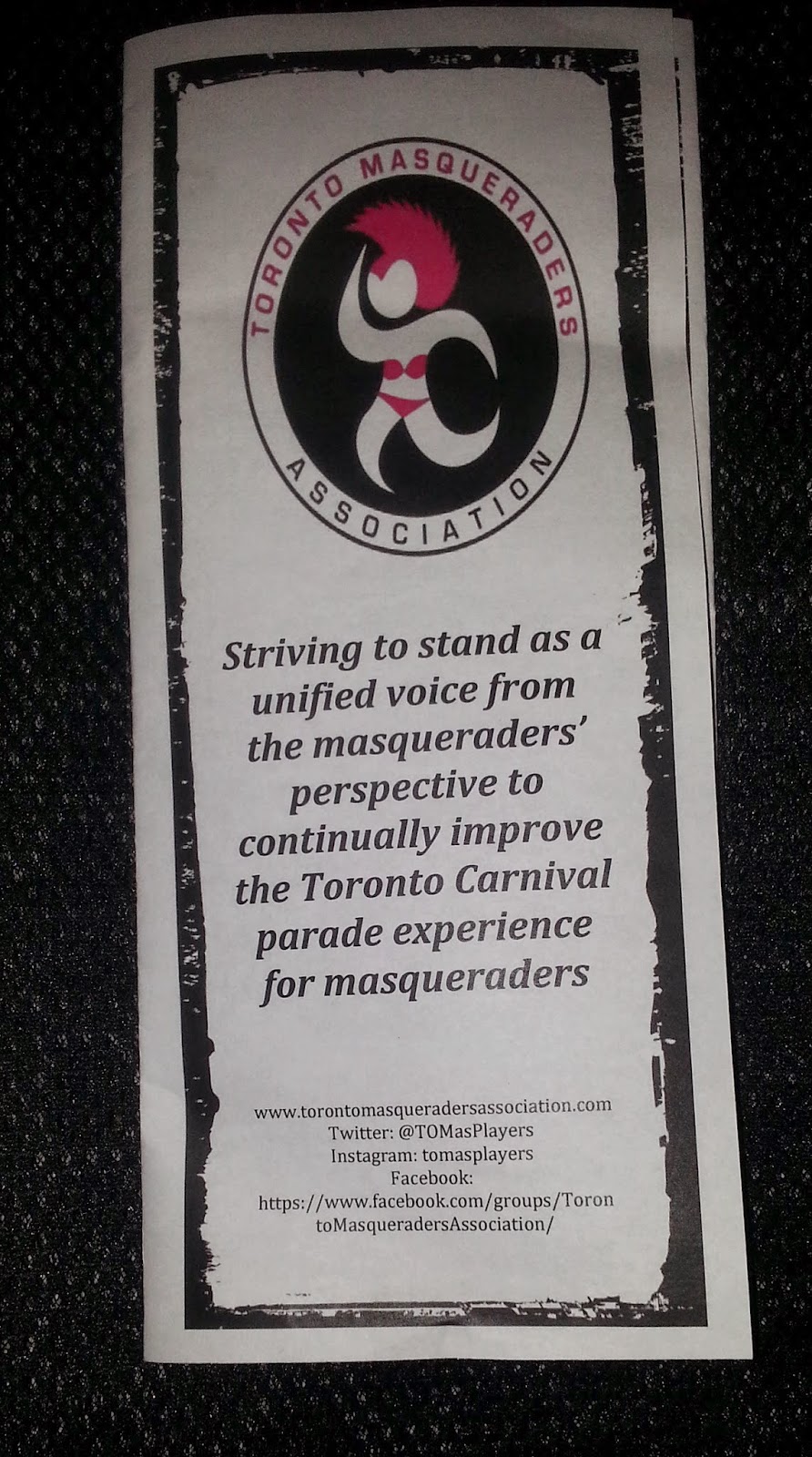 Now, back to the review of the launch… what comes to mind you hear the theme secret of the wingz? Feathers, Angels, and hmm Wings! Good guesses, many of these elements were present to varying degrees in the various sections.  The launch officially started at approximately 1:30am, with SKF taking the role as the MC for the presentation.
The nine sections included: 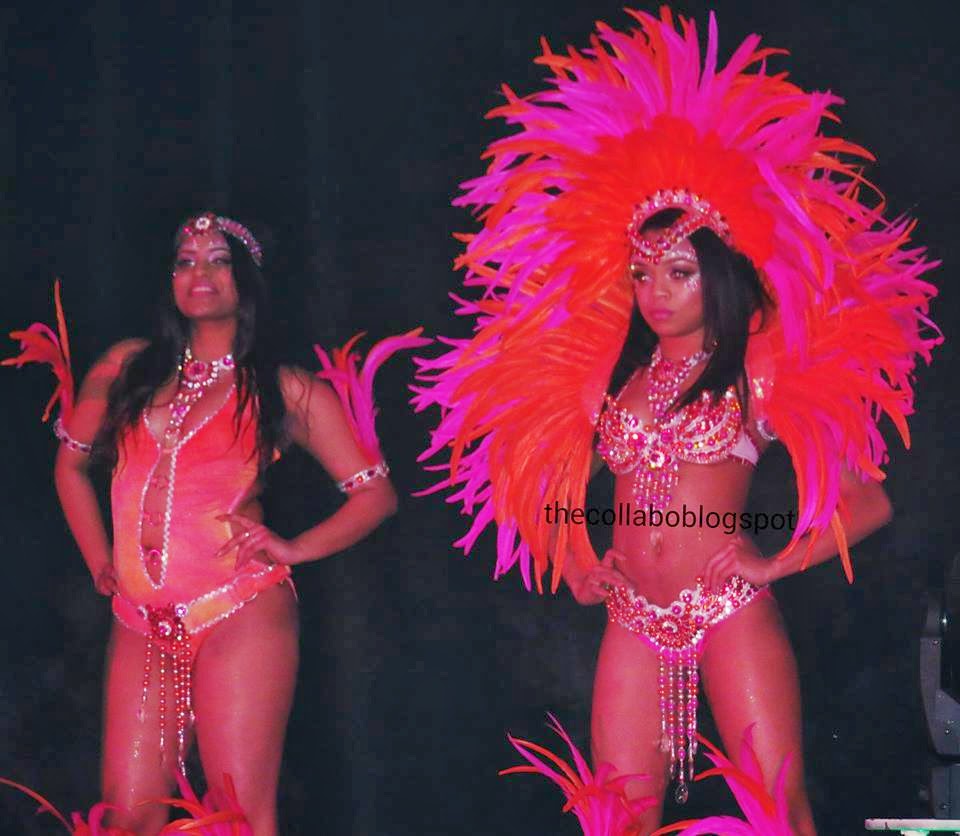 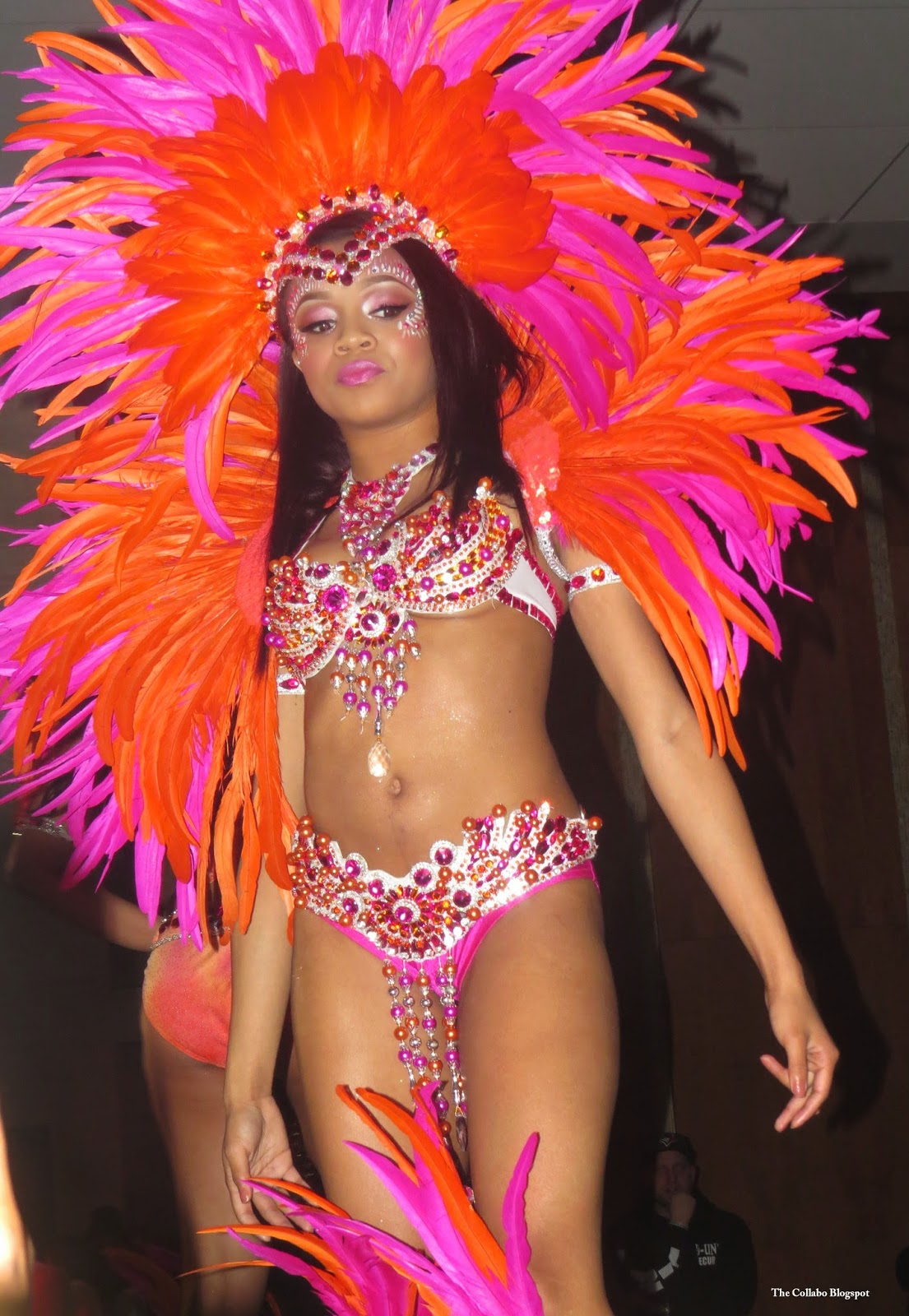 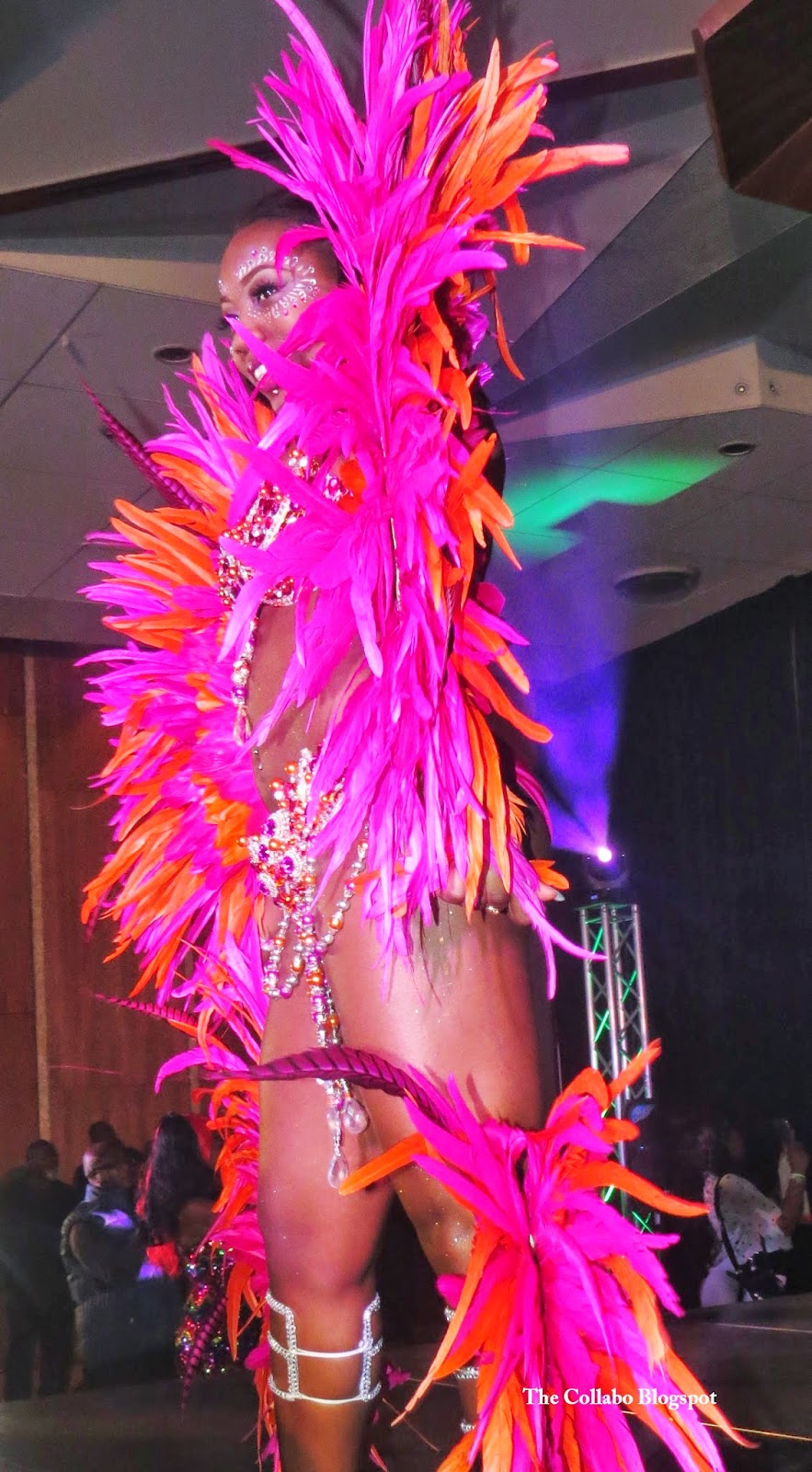 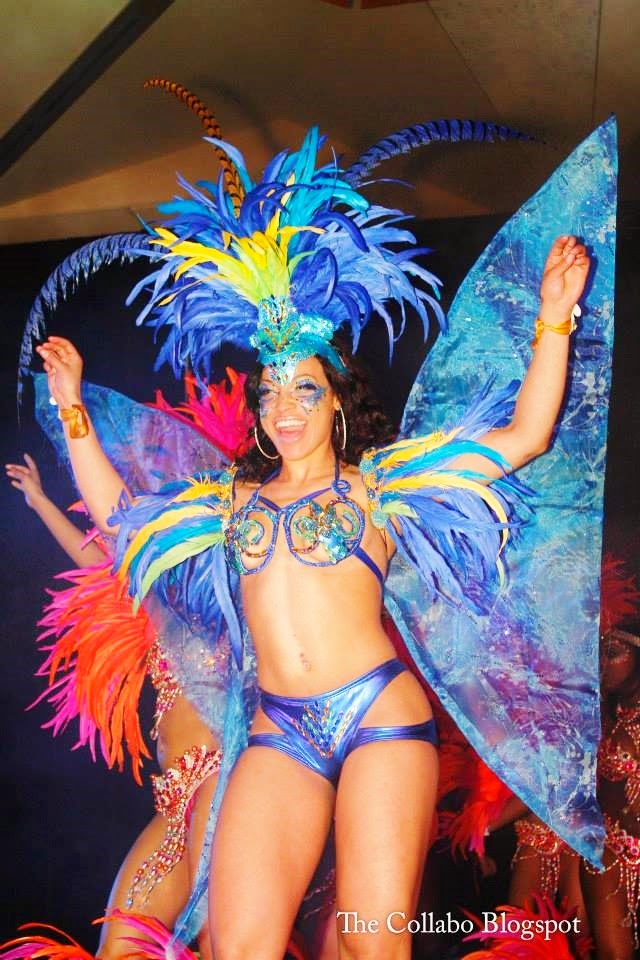 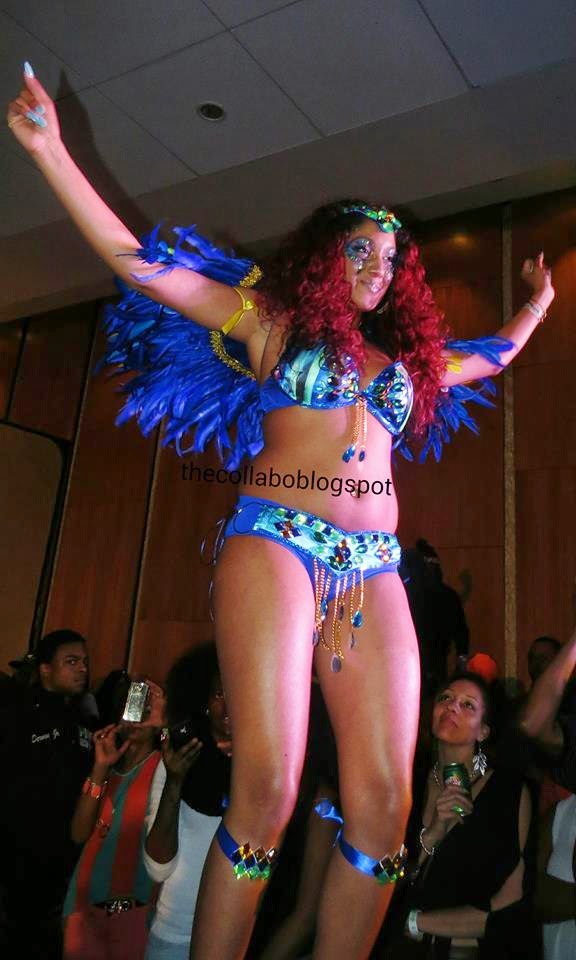 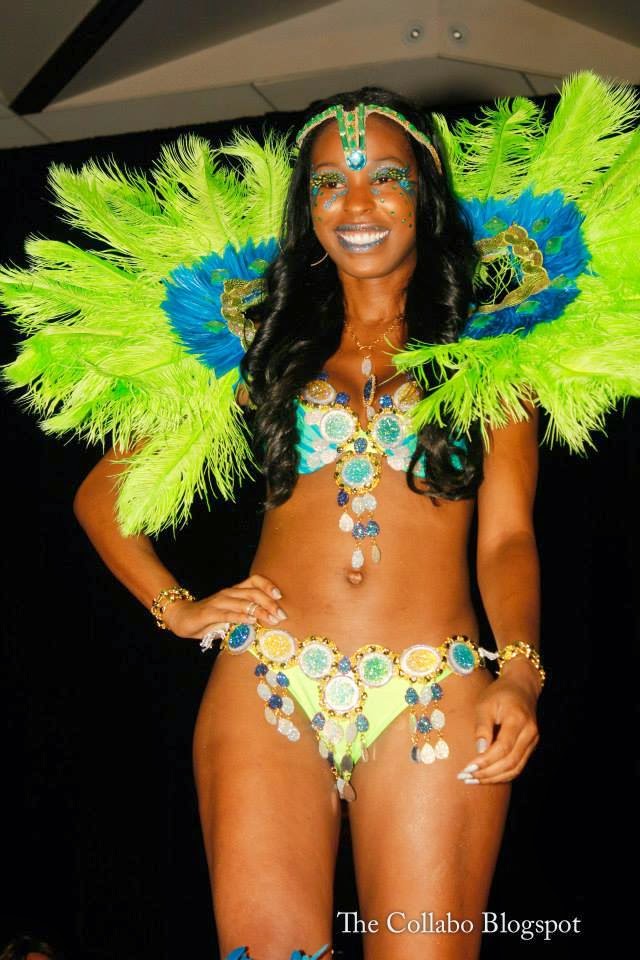 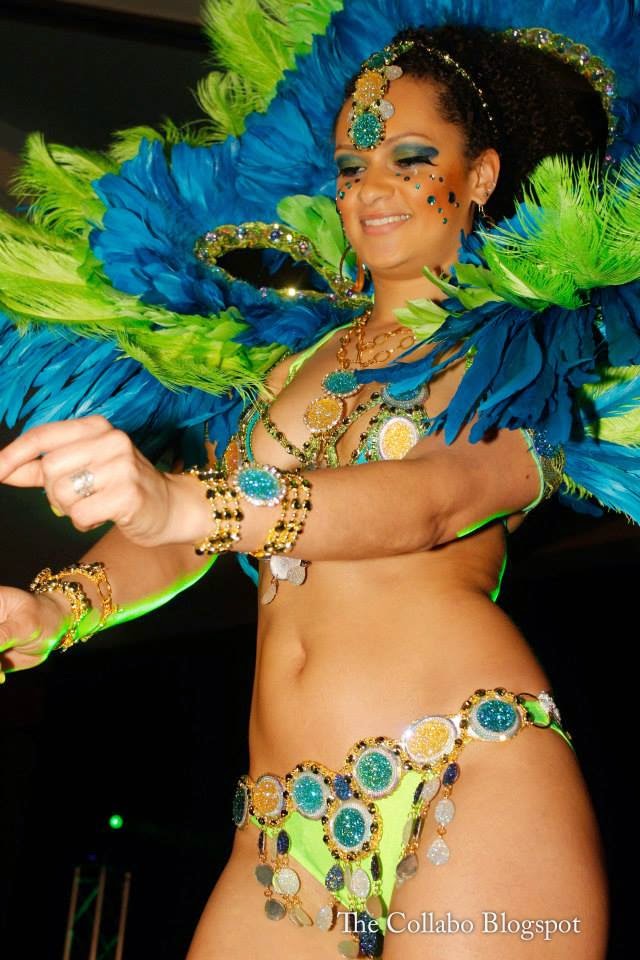 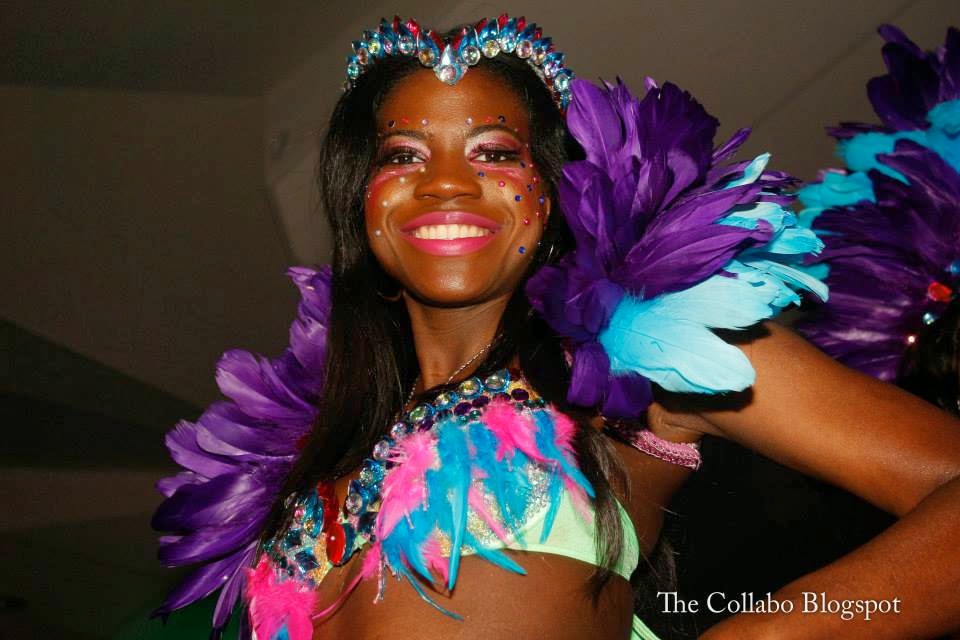 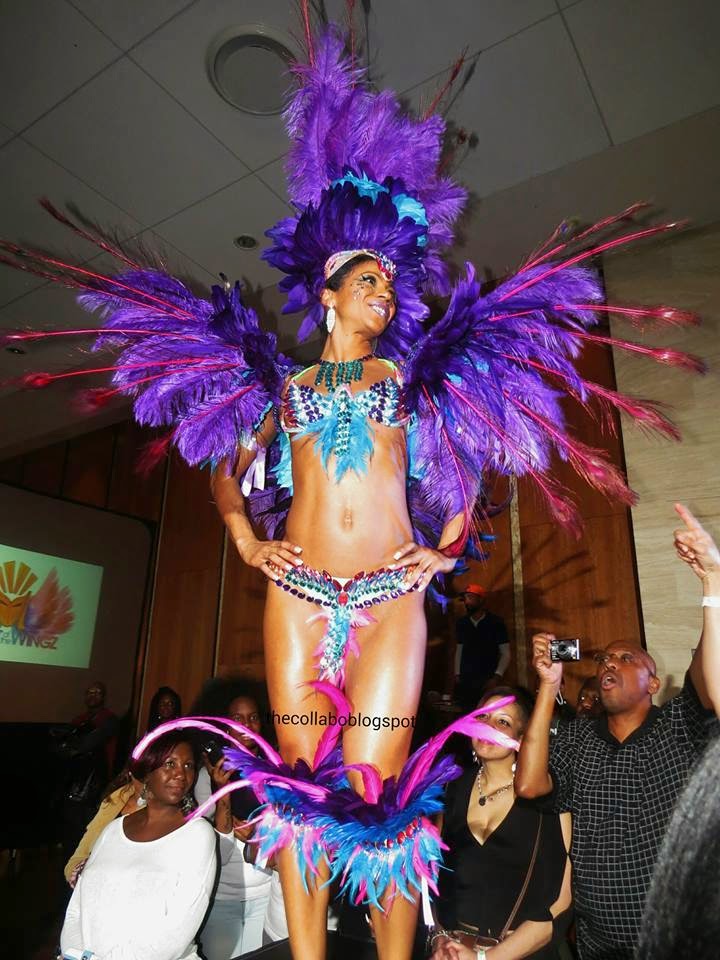 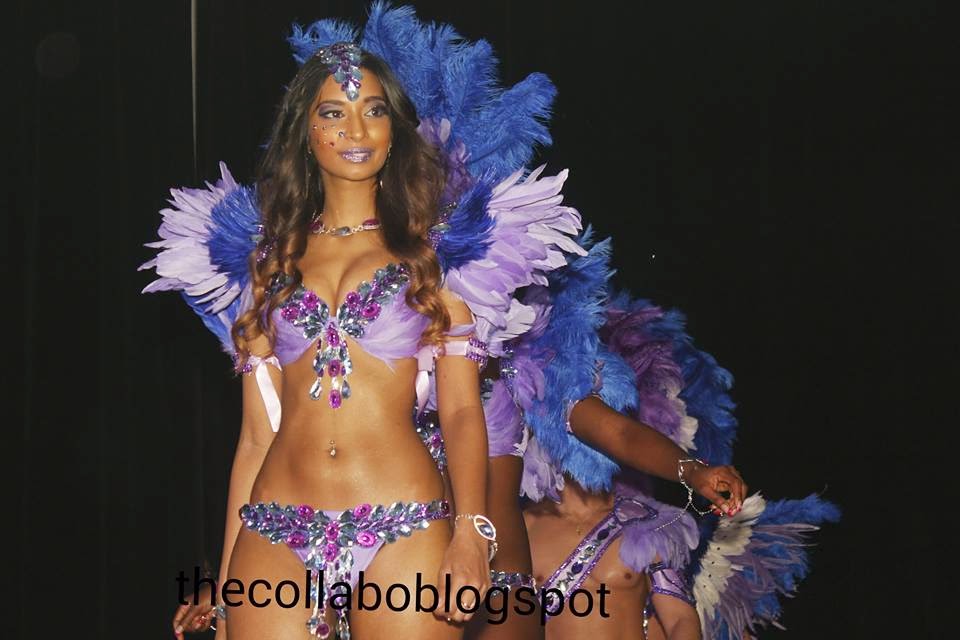 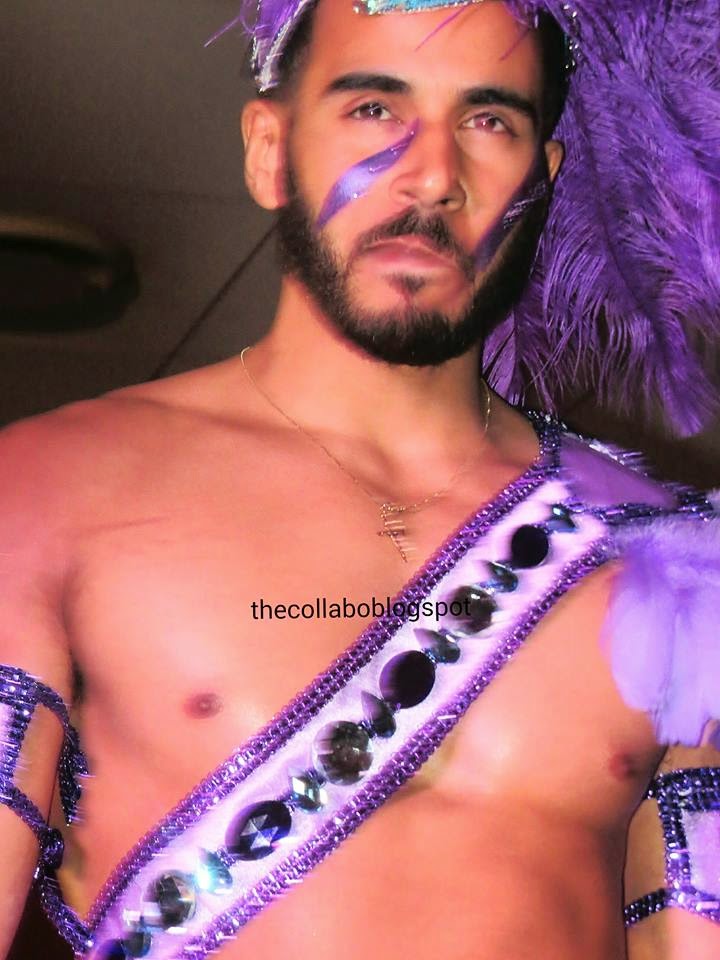 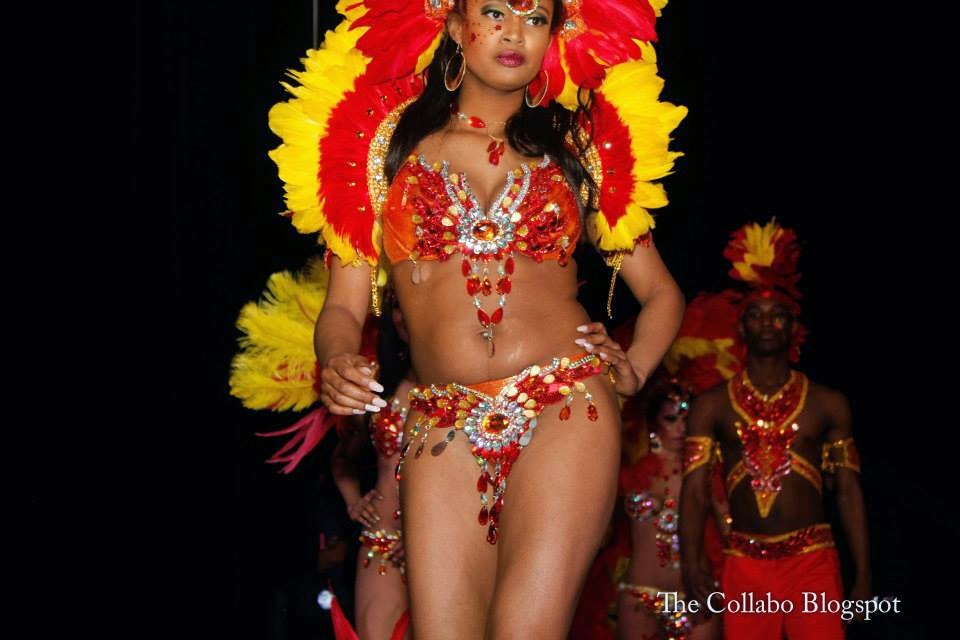 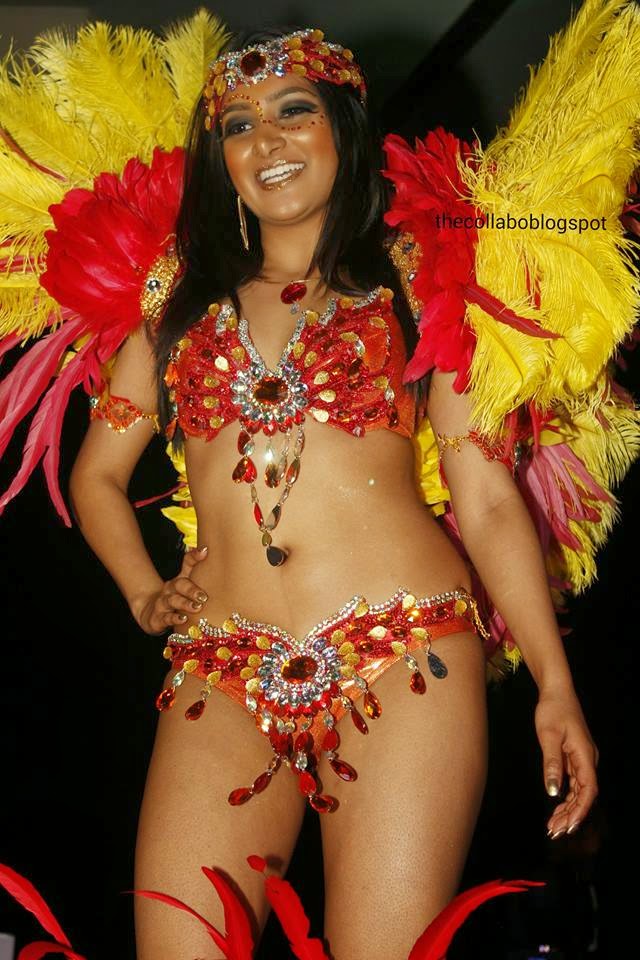 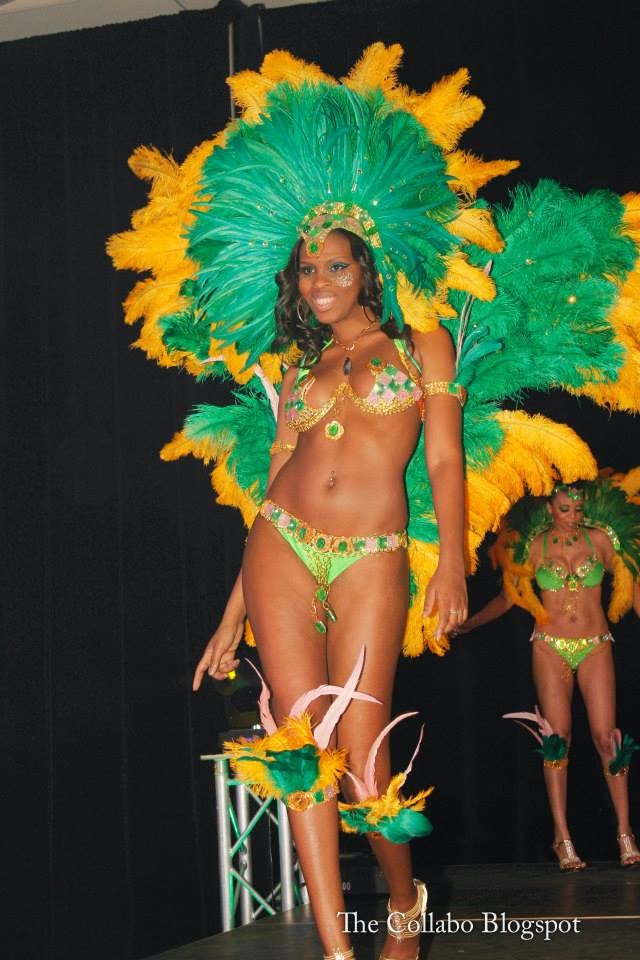 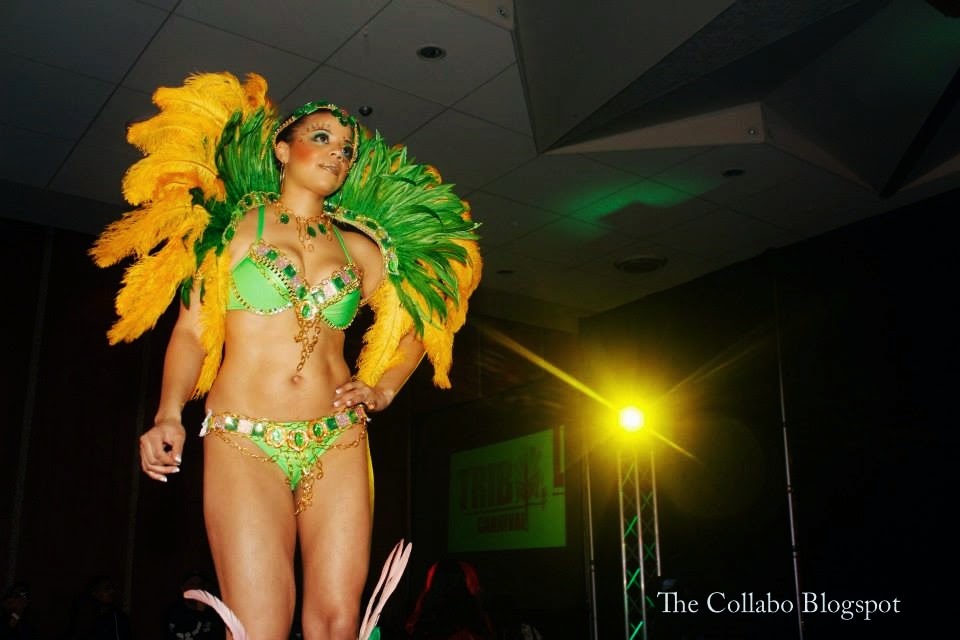 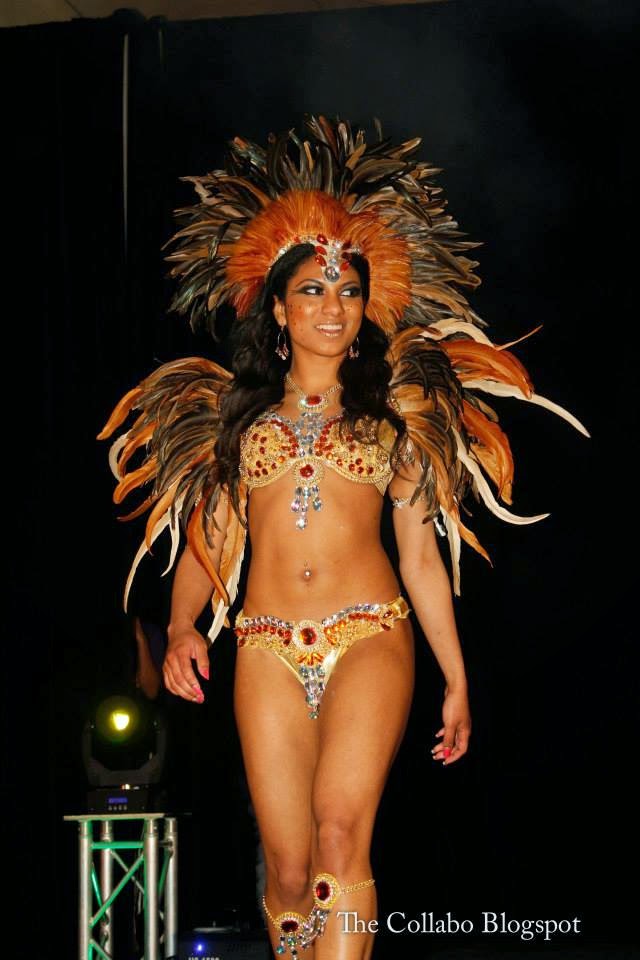 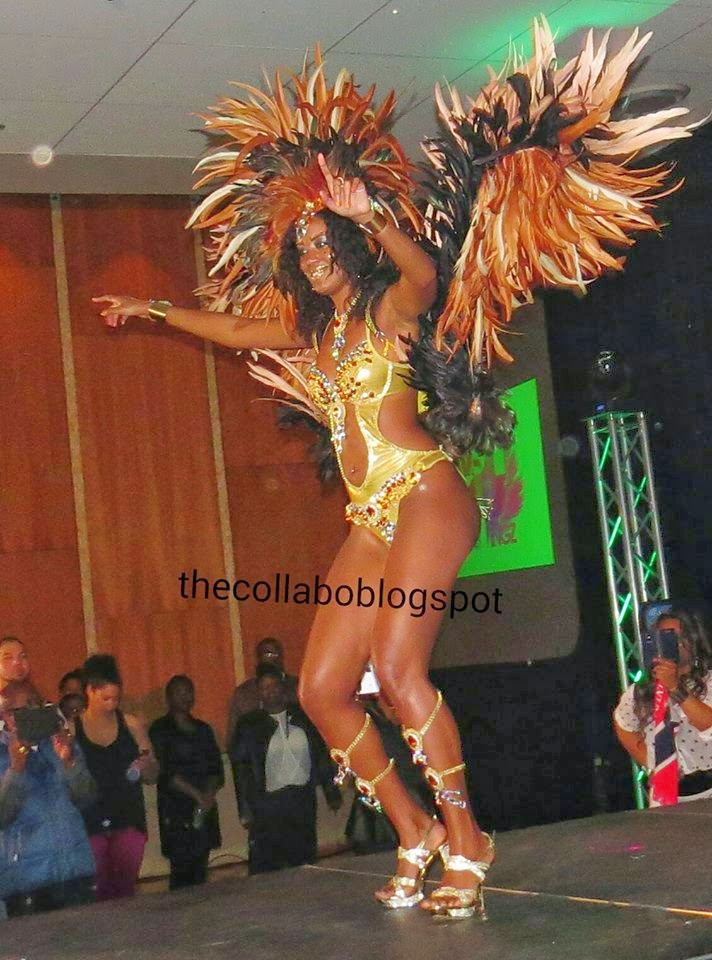 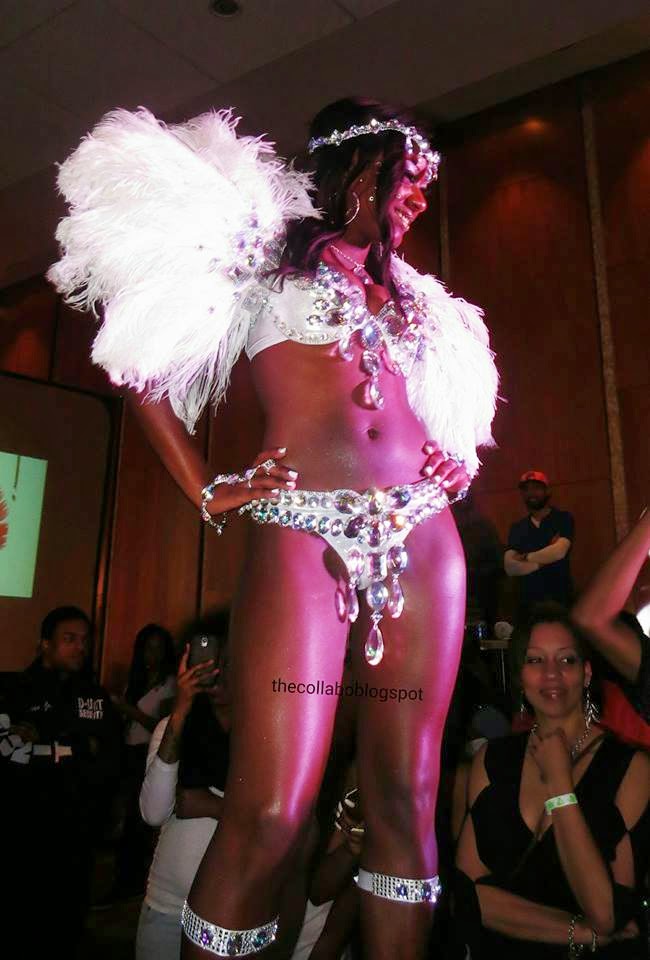 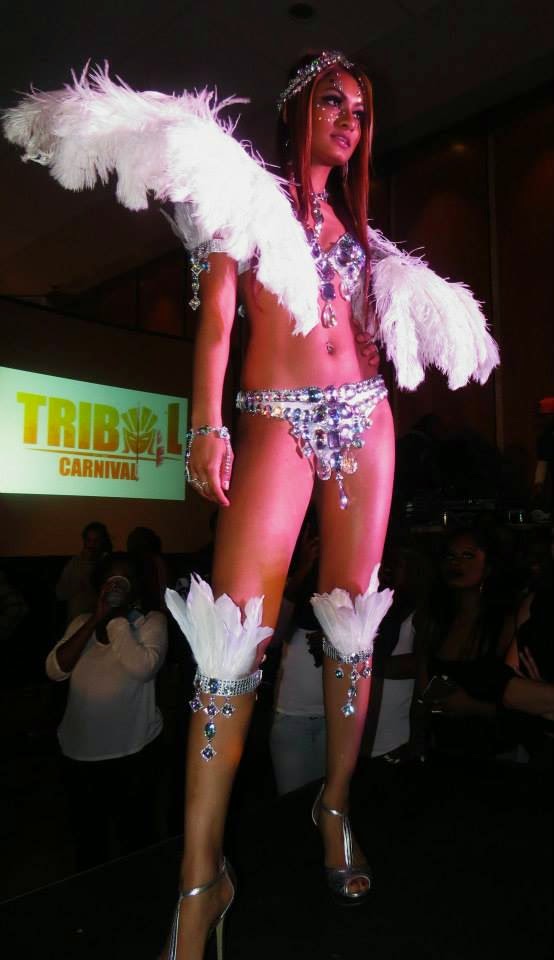 Although the launch started later than 12am, the models came out full of energy and did a great job showcasing the sections. The audience cheered and applauded as the models strut, took a wine and chipped down the runway. I also loved that I saw many familiar and new faces gracing the catwalk. Speaking of faces, the makeup artists for the evening included Trish Island Besos and the Nikki D Makeup Artistry.

In terms of the costumes, I liked that the designers chose a variety of bright, bold color combinations.  Additionally, a common element I noticed among the sections were collars. After seeing the costumes in person and having another look through the pictures and video, here are my top three pics:

Overall Great Job Tribal carnival and all the best during the 2014 Toronto Carnival Season!
What are your top picks? What did you like about the presentation?

Do you want MOR(E)?
Check out our Facebook page for photo album from the launch
And our instagram page ("Thecollaboblog") for videos.
Posted by The Collabo at 10:52 PM