Two weeks ago the fourth annual Afrochic Cultural Arts Exhibit was held at C Lounge. The event was amazing and featured a showcase of local artists, designers and entrepreneurs. In case you missed the event, check out the review here. 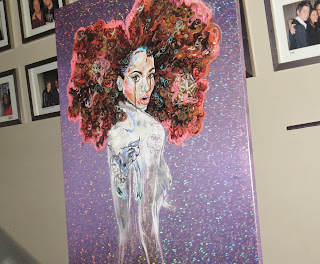 TCB: What is the importance and driving force behind the creation and execution of Afrochic as a Cultural Arts Exhibit, particularly within the context of the city of Toronto?

AH: The company: AfroChic Inc. exists as a platform to highlight artists who happen to be part of the African Diasporas (Caribbean, African, American etc) in a positive and enlightening way. With a special focus on women and youth, we seek to create unique and warm experiences where we can share our stories, celebrate our distinctive cultures through art, fashion, entertainment and business networking. In our fourth year of operation, we are evolving and taking on a shape more prepared to engage in international partnerships with similar organizations across the world.

AfroChic Cultural Arts Exhibit is produced by AfroChic; a youth run organization who develops unique spaces and experiences through the talents of creative engineers in Toronto. We execute an annual exhibit which highlights the cultural and rich energy of the distinct and very colorful African-Canadian community of Canada. Over four years in the making, AfroChic has become one of Toronto’s pre-eminent art exhibitions having featured over 100 up and coming fashion designers, musicians, visual artists, digital artists and spoken word vocalists. AfroChic has attracted hundreds of Torontonians and international guests. 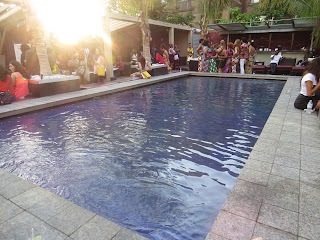 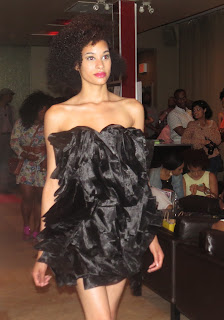 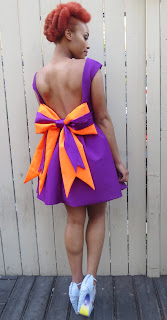 TCB. What was the inspiration behind A Vintage Story theme? How was this illustrated through Afrochic Cultural Arts Exhibit, with respect to the performers, art showcased, and fashion?

AH: This year we wanted to commemorate one of the most distinct periods in our cultures’ histories’ through stories and narratives portraying the powerful radical trends that took place in that era. The 1960's were a landmark period for people of color all across the world. It is often deemed a "counterculture" and era filled with social revolutions, political upheaval and of course fabulous Fashion! It marked the birth of the Civil Rights Movement in America, and is also the period where 32 African countries endured great political growth through gaining independence from their European colonial rulers. The 1960's saw the social movements of other large ethnic minority groups, including the Mexican-American communities, who sought to fight for racial equality and socioeconomic advancement. Additionally, the 1960's brought about a second wave of feminism in North America, Europe and once this movement took shape in these continents, they gained worldwide momentum and appeal.

It was important for us (the team) to draw from these notable situations in history when developing this exhibit. Together, we spoke openly and clearly during our brainstorm sessions before we went about configuring and layering the content for the exhibit. We wanted through the format of the show, to not only create experiences and inspire ideas among our patrons, but also remind us all of where we are today through celebrating independent businesses during our business mixer session and artistry through our performances and fashion showcase. While communicating regularly with our performance and visual artists, we were able to curate an exhibit which paid tribute to this era through Fashion – in the form of creative MOD art displays in shapes, lines, with bold color blocking fixtures – visible hairstyles such as afros, textured hairstyles, bobs and beehives etc.  The musical and performance pieces welcomed tributes to musicians and artists who performed in the 1960's with respect to the artists interests, ex A performer sang "Etta James' "I'd Rather Go Blind". Through the visual art and live body painting narratives - our amazing visual artists created pieces that specifically highlighted poignant and strong ideas central to the late 1960's civil rights experience. Through our displays, we posted historical facts and imagery throughout the venue space to give our guests the opportunity to learn as they were entertained and visually stimulated. Ultimately, we believe every person at AfroChic was able to either listen or learn about a story and hopefully walk away with more than they came. 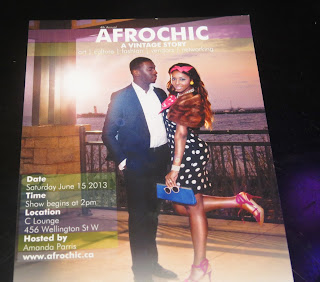 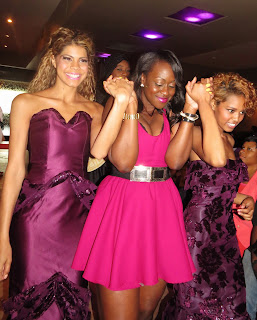 TCB: This year marks Afrochic fourth year, what were the distinguishing characteristics or elements that differentiate this year's event from previous years?


AH: First I want to say this was our best year yet. Not only has the feedback been overwhelmingly positive from our supportive guests who have attended since year one, but this year we attracted a new audience and new energy. We are so grateful for all of the inspiring, uplifting feedback, especially the implementation of social media with the hashtags of #afrochic2013. This year we really had a strong social media and placement marketing campaign.

As is the case in previous years, this exhibit is entirely independently funded. We are not at all funded by the government of Canada. Every dollar put into this exhibit is hard earned money that we (the team and our sponsors) have invested because we believe in this exhibit as a vehicle for social empowerment in Toronto. Due to our limited resources, especially when it comes to funding we find creative and unique opportunities to get people talking and get people interested. This year we asked our vendors, designers, artists and volunteers to get on board and help us promote. We asked them to share their stories in explaining why this show is so meaningful to them and why they choose to participate. I could go on every radio station in Toronto, buy as many ads in the TTC I want, but what I have learned and continue to learn is, people love pretty things and great communications, but ultimately people want to hear about experiences and how things change lives. I feel we truly facilitated a story telling network pre-show, during show and currently post-show. 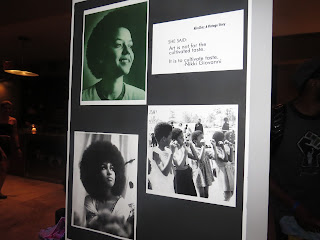 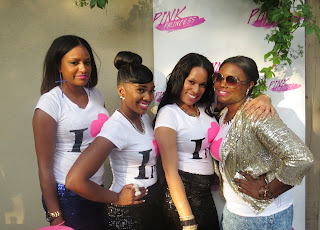 TCB: What is your long term goal for Afrochic?

AH:AfroChic will continue to produce and be a yearly art exhibit. We have already begun preliminary planning for next year’s exhibit. It will be year 5, so we certainly have to go hard.


Eventually I would love to see AfroChic cultural arts exhibit take place in and around Europe, African, the Caribbean and Latin speaking countries.

We would love to streamline AfroChic into a social enterprise that lives digitally online, also in print in a magazine and perhaps one day in a physical structure, in the form of a loft space/office. We envision ourselves as a hub for entertainment, culture, arts and fashion in Toronto, I’m certain it would be a beautiful challenge to run AfroChic operations on a regular basis as opposed to just an annual exhibit. We do however take into account that this is a passion project fueled financially by our individual careers and sustained spiritually through our personal resources, time and energy. It ain’t easy.

I ask that everyone stay in touch with AfroChic and the amazing work our artists/designers/vendors and volunteers are doing through www.afrochic.ca. You can also follow us on twitter and instagram @afrochicto and on facebook AfroChic. 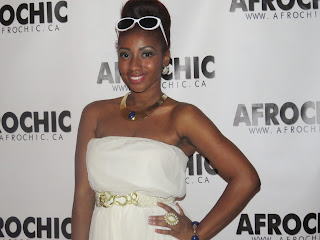