Despite the rainy weather, I made my way to vaughan to support the Carivaughan parade and festivities. 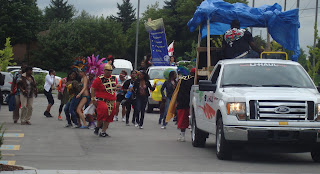 It was nice to know that proceeds of the Carivaugahn event would be going to benefit children and adults living with Sickle Cell Disease. Sickle cell is a red blood cell disorder, that has an ability to cause bone and joint swelling and vasoocclusive crisis. People of African, Indian, Middle Eastern, the Mediterranean and Latin American descent are more likely to inherit the gene that causes sickle cell disease. I myself, am a carrier of the sickle cell trait, and as such I am happy to support an event that seeks to build a comprehensive care centre for the sickle cell disease.

The event was supposed to begin with a street parade from Maple Go Station to Vaughan City Hall from 10am until 3pm. However, when I reached the station around 1:30, due to the rain it seemed the parade was somewhat postponed. 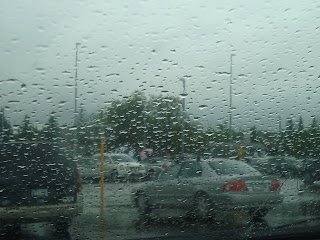 That vibes cyah done though! From my car I could hear the sweet sound of soca music playing, and when I got out to take a closer look masqueraders and onlookers were dancing underneath a tent/shaded area.

Eventually the party in the Go parking lot moved to city hall. The parade got underway about an hour or so later... 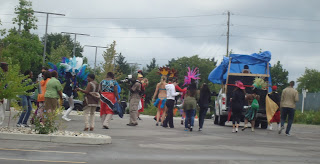 It was great to see a few masqueraders wore their costume and were all smiles! 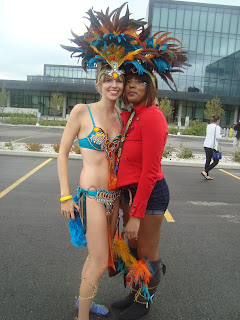 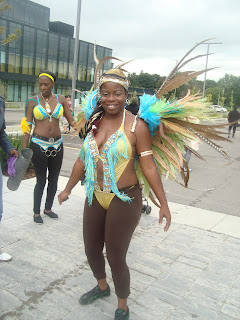 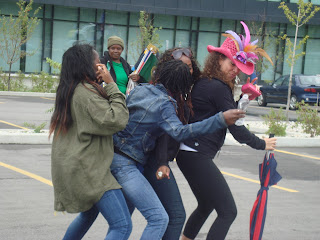 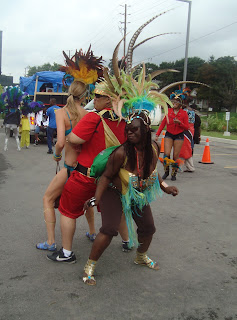 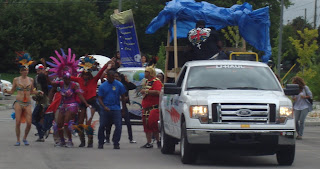 The dj had the crowd chippin down the parking lot pavement : )

After walking back to my car to get my jacket, I decided to go check out some of the vendors and and booths that were set up at the opposite end of the parking lot. 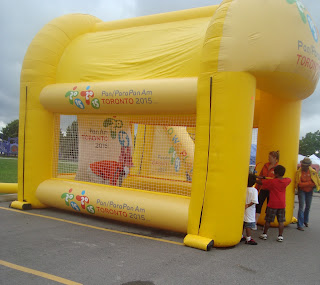 This was definitely a family event, with fun activities that were set up for the kids 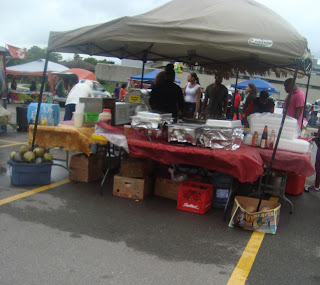 And vendors that were selling food and drinks. 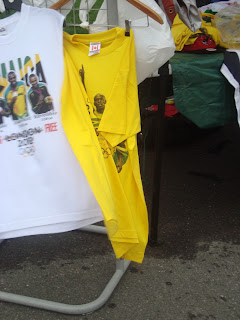 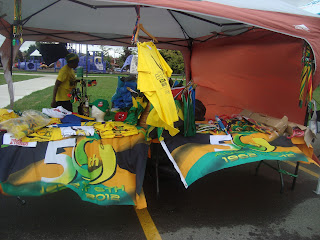 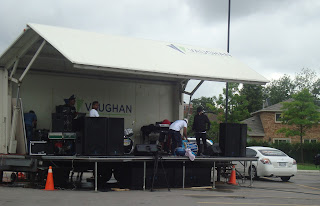 After I put some cupcakes back into my car, I headed back to check out how the parade was going. When I left the crowd had went from this... 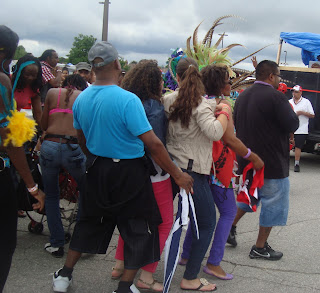 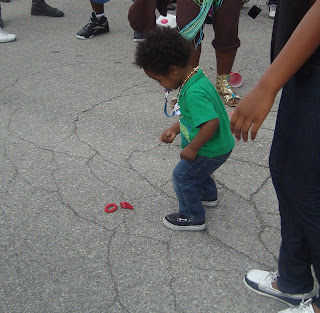 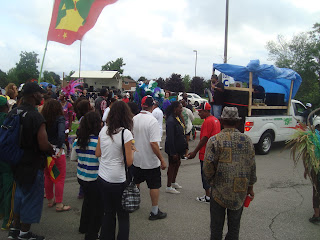 Once the street parade had finished, it was time for the performances. I was able to catch the first two acts. 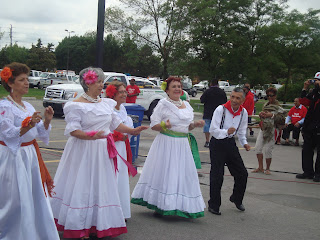 Overall, I had a good time at Carivaughan today.
My guess is the rain probably deterred some people from coming, but it is a definitely a nice event for the family to check out, and to take one last jump post Toronto Carnival.
All the best Carivaughan in the years to come : )
Posted by The Collabo at 6:00 PM